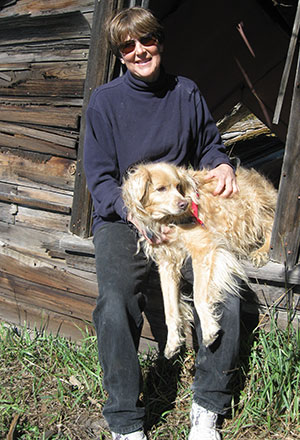 My sabbatical proposal was to complete and publish either two books or one book and two articles, and to promote the Animals and Religion traveling exhibit which I created with an MSUB grant.

In my full-year sabbatical, I completed the book, “Oppressive Liberation: Sexism and Animal Liberation” (Palgrave, expected late in 2022 or early in 2023), completed a draft for a second book (tentatively titled “Ethics, Abortion, and Animal Rights,”) and was invited to write a full-length encyclopedia entry "Scriptures and Anymals" in “The Edinburgh Companion to Vegan Literary Studies,” expected in 2022), two anthologies chapters ("The Privileged Ones" in “Ethical Aspects of GM-animals in Research,” Taylor & Francis, expected in 2022; and "If You Care About Animals, Do Not Fish" in “Omnivorism and Strict Veganism: Critical Perspectives,” Routledge, expected in 2023). I was also invited to write a forward for an anthology (written and published in Dutch: “Graswortels,” Geertrui Cazaux, 2020.) and a short reflection for “Creative Compassion: Literature and Animal Welfare” (Palgrave Macmillan, 2021). Finally, I completed two poetry chapbooks and they were accepted for publication with Finishingline Press (“Waterways” and “Affinity,” expected in 2022).

During my sabbatical, aside from writing, I gave a handful of talks at international conferences and, on request, mentored students in Spain, England, Germany, and the United States. I was also invited to guest-teach, via the web, for a course in Catalonia—a wonderful experience.

With regard to the banner exhibit, I created a second copy, which was most recently placed at a conference center in Kansas City, Missouri, and will soon be traveling to Philadelphia.

I retired at the end of my sabbatical, moving seamlessly into an ongoing life of research, writing, teaching, and social justice activism. I have founded and am fostering my own NGO, through which I continue to accept invitations for anthology chapters and articles, and through which I mentor students from all over the world. I have currently taken on a fully funded three-year project to create a website on animals and religion.

Looking back, I am grateful for Gary Acton, the long-term chair of English, Philosophy, and Modern Languages, who encouraged and facilitated faculty who were willing and eager to invest in students, the university, the community, and their area of specialty. Thanks to Gary, my work became internationally known while I was at MSUB, and my career continues to thrive after retirement—thanks to Gary, my dedication and hard work at MSUB have been amply rewarded in retirement.

In Spring 2020, I had the opportunity to take a sabbatical to focus on my book manuscript, “Contested Femininities: Representations of Modern Women in the German Illustrated Press, 1920 – 1960.” Previous archival research conducted in Berlin, Germany (mainly at the Staatsbibliothek Berlin) provided new material for the final five chapters of my book. What I needed, more than anything, was dedicated time for translation, thinking through my sources, and uninterrupted time to write and revise. I did not travel for archival work during my sabbatical but stayed in Billings to think and write (off-campus).

In my book, I argue that throughout the twentieth century images of femininity emerged as a crucial marker of “modernity,” which were not only highly contested, but often ambivalent and paradoxical. Analyzing the controversial textual and visual representations of female modernity, produced by a broad political spectrum, allows me to examine the assumption of gender historians that oppositional political camps shared core ideas about the gender order and related definitions of femininity and masculinity. Moreover, the research centered on the liberal democracy of the Weimar Republic, the Third Reich, the period of Allied occupation, and a divided Germany (East and West) allows for a complex understanding of how different political regimes defined their vision of “progress” and “modernity” in relation to each other and across time.

Throughout my sabbatical, I shared drafts with my colleagues in the Rosa Luxemburg Working Group in German History for feedback and support. By the end of my sabbatical, I was able to complete drafts of three chapters, which provided a clear framework for moving forward with the overall project. My manuscript is currently under review with Berghahn Books. During my sabbatical I also submitted an article, “Contesting and Critiquing the Neue Frau: Modern Women in the Communist Illustrated Press of the Weimar Republic” to Media History, which was published in Spring 2021.