This year’s program set for Saturday, Feb. 26 at MSU Billings

MSU BILLINGS NEWS SERVICES  --   The “Chicks in Science” program at Montana State University Billings was honored Thursday for its efforts to raise awareness in math and science education. 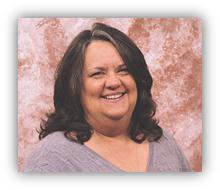 Kim Schweikert, who organizes the program through the MSU Billings Downtown campus, accepted a First Lady’s Math and Science Award at the 2011 Serve Montana Awards luncheon in Helena from First Lady Nancy Schweitzer. The award was given to “Chicks in Science” for outstanding volunteer service relating to Mrs. Schweitzer’s statewide Math and Science Initiative. The program was one of four individuals and groups recognized in that area.

The awards luncheon was a part of Serve Montana Symposium with national service programs (AmeriCorps, Senior Corps and Learn and Serve) and community organizations participating in workshops and trainings around solving critical community needs.

“Chicks in Science” was developed in 2008 to encourage grade school and middle school-aged girls to enter math- and science-related fields. The event routinely draws hundreds of participants and about 50 booths from area science- and math-based exhibitors.

This year’s event is scheduled for Saturday, Saturday, Feb. 26 from 1-4 p.m. at Alterowitz Gym at the MSU Billings main campus. It is free and open to everyone.

Studies show that between the fourth and eighth grades, girls start losing interest in math and science.  Yet, industry surveys indicate that many emerging careers will require an understanding of science, technology, engineering and math (STEM) and the problem-solving, critical thinking, adaptive and collaborative skills gained through the study of these subjects, Schweikert said.

“Chicks in Science” works to breach the psychological barriers, gender expectations, and the “coolness” factors that can stop girls from entering science and math fields. “Chicks in Science” strives to abolish those negative and fearful attitudes about math and science and discredit the stereotype of the ‘nerdy’ scientist, she said.

This year’s event will feature two special guests with a passion for science.

This year’s event features two Billings guests who have taken their passion for science to the national level.

Mikayla Nelson is a freshman at Billings Central High who recently returned from Washington D.C., where she was a guest of First Lady Michelle Obama at the State of the Union address.  Mikayla received the Principal’s Leadership Award when she was a student at Will James Middle School and first caught the attention of the White House when she and her team from Will James competed last April at the National Science Bowl.  Her design for a solar-powered car won the best design award at last year’s National Science Bowl.

That attention led to an invitation by the U.S. Department of Energy for Nelson to participate in the White House Science Fair in

October, where she met President Obama.  Mikayla is aiming for an appointment to the U.S. Air Force Academy and a career in mechanical engineering.

Kathryn E. F. Russell, Ph.D., is a Billings Senior High School graduate who has done work as a planetary scientist and is currently working on an American Association for the Advancement of Science (AAAS) Science and Technology Policy Fellowship with the U.S. State Department.

Russell is also the daughter of Dr. Mary Susan Fishbaugh, interim dean at the MSU Billings College of Education.

Russell has been the postdoctoral Discipline Scientist for Planetary Science at the International Space Science Institute in Bern, Switzerland. While there, she convened international conferences and conducted research under an American-Scandinavian Foundation Fellowship with colleagues at the Niels Bohr Center for Ice and Climate in Copenhagen, Denmark. Afterwards, Kate moved on to the Smithsonian National Air and Space Museum as a competitively-selected member of the NASA Mars Reconnaissance Orbiter Imaging Science Experiment team.

For more information on this year’s “Chicks in Science” event, contact Schweikert at 896-5888 or via e-mail at kschweikert@msubillings.edu.  More can be found at www.facebook.com/chicksinscience.