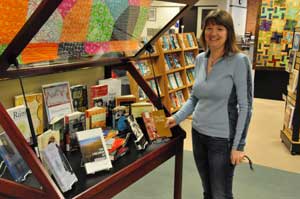 MSU BILLINGS NEWS SERVICES — The MSU Billings library recently was awarded a grant from the National Endowment of the Humanities (NEH) and the American Library Association (ALA) titled Bridging Cultures: Muslim Journeys.  The grant was created to promote an understanding of, and mutual respect for, people with diverse histories, cultures, and perspectives within the United States and abroad.”  In support of this grant the library has created an exhibit consisting of 25 books and 3 videos.  The exhibit will be on display through Mar. and will be accompanied by a lectures series.

The books and films were selected under the advice of librarians and cultural programming experts, as well as distinguished scholars in the fields of anthropology, world history, religious studies, interfaith dialogue, the history of art and architecture, world literature, Middle East studies, Southeast Asian studies, African studies, and Islamic studies.

The MSU Billings Saudi Club will launch the exhibit by hosting, “A Night of Middle Eastern Culture” on February 26 at 6:30 p.m. on the third floor of the library.  The event is free and open to the public.  “This is a great opportunity to showcase our culture,” said Club President, Saud Alhrbi.  “I enjoy going to school in Montana and I hope many people come to the event and explore Middle Eastern culture.”  The Saudi Club will be hosting discussion tables for people to sit and converse about their culture.  There will also be ethnic food, a tea corner, traditional clothing and music at the evening’s event. 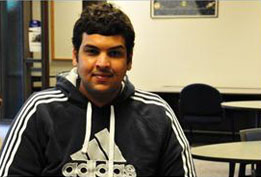 The lectures series will commence on Feb. 28 with We are all Muslim: An Overview of Islam, presented by MSU Billings Arts and Sciences Dean, Dr. Tasneem Khaleel. “Beyond the exhibit, the lecture series will provide an interactive cultural experience that I think most people will very much enjoy,” noted MSUB Librarian, Eileen Wright.

Series times and dates are as follows: