MSUB student advances to final round of Cisco International Competition 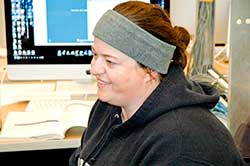 Thormahlen is one of 89 Networking Academy students from 41 states and five provinces in Canada who will compete simultaneously online this Friday for an all-expense paid study trip to Cisco headquarters in Silicon Valley—the leader in innovative technology, engineering and electronics.

The competition began on the statewide level in mid-October with more than 1,000 students throughout the United States and Canada participating in an online challenge that tests students on their knowledge of computer technology, from troubleshooting network problems to the components of a monitor. 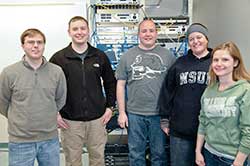 Thormahlen, along with MSUB students Julie Swanson, Scott Atkinson, Phillip Shelton and Cody Thormahlen, advanced to the second round. Together, the students swept the competition, each scoring in the top five. They participated in the challenge as part of City College’s Cisco Networking Academy course instructed by Bruce Brumley.

“What’s even more noteworthy,” Brumley said, “is that the top two scorers in Montana were both females, both of non-traditional ages, in a non-traditional field. I think this is a tremendous accomplishment.”

Originally from Red Lodge, 40-year-old Thormahlen has worked various labor and customer service jobs for most of her adult life. About two years ago, she decided she wanted to pursue a career working with computers, so she enrolled in the Associate of Applied Science degree program in Computer Systems Technology.

“It was time to put my brain to work,” Thormahlen said. “I had always had a knack for computers, so this was the most logical route.”

Brumley said he’s been impressed with Thormahlen’s level of knowledge and her commitment to designating the time and effort to prepare for the Cisco NetRiders competition. 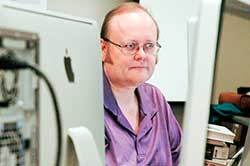 “She’s easily put in four hours each day preparing,” he said. “I think she will do very well in the final round.”

NetRiders is an interactive student skills competition that tests postsecondary-level students' networking and information technology skills through a series of online exams and simulation activities. Sponsored by Cisco Systems, the competition draws students from throughout the world.

The Cisco Certified Network Association level exams begin with 80 questions and a 60-minute time limit. Students then have 90 minutes to perform simulations using Packet Tracer Network Simulation Software. The testing is performed in real-time, remotely on college and university campuses and is monitored by the national organizers.

The Theatre Finales, as the final segment is called, will begin Friday from 1-5 p.m. and consists of two virtual exams. Results from the competition will be available Friday evening.

The top four finishers from the final round will win a six-night, all-expenses-paid study trip to Silicon Valley in January, where they will spend time at Cisco’s corporate headquarters, Stanford University and other area technology companies, gaining visibility among talent and career recruiters in the growing IT and networking fields.

The Networking Academy began in 1997 with 64 schools and has since grown to encompass 10,000 academies in 165 countries with more than 4 million students having participated in the program since its inception.

Each year, more than 10,000 Cisco Networking Academy students compete in NetRiders events in 80 countries across the globe, helping individuals prepare for industry-recognized certifications for communication technology careers in a variety of industries.

Thormahlen believes the true payoff won’t be in the prizes. It will be in the career opportunities the Cisco NetRiders Competition offers the competitors.

“I’d love to have the opportunity to work for Cisco,” Thormahlen said. “It would be a dream job, reaching the highest level in the field.”

For more information about the competition, visit https://www.netacad.com/netriders.