Click on your respective college icon to watch the video of graduate names announced and for a message from your college dean.

Commencement is the most important university ceremony. It recognizes and affirms our students’ efforts as well as the work of our faculty, staff, family, and friends who have supported our graduates throughout their academic journey. We are deeply saddened that we cannot celebrate your outstanding achievements in-person with you this year, but hope that the heartfelt video messages from our college dean’s, student body president, alumni association president, our keynote speaker, and from me, let you know that MSUB is proud of you and what you have achieved. You did it, graduates, you finished your degree and you deserve all the celebration and congratulations in the world. We look forward to seeing what you do next and know it will be something fantastic. 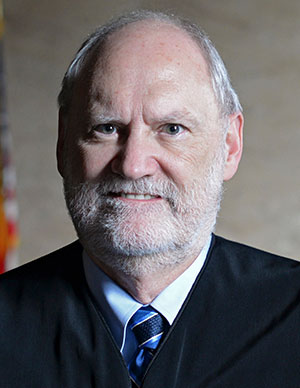 Judge Sidney R. Thomas serves as Chief Judge of the United States Court of Appeals for the Ninth Circuit.  The Ninth Circuit includes all of the federal courts in California, Arizona, Nevada, Washington, Oregon, Idaho, Montana, Alaska, Hawaii, and the Pacific Islands.  He was nominated by President Clinton to serve as a judge on the Court and was confirmed by the United States Senate in early 1996.  He maintains his primary chambers in Billings, Montana.

Judge Thomas became Chief Judge of the Ninth Circuit in December 2014.  He serves on the United States Judicial Conference, which is the national governing board for the federal judiciary.  In 2015, Chief Justice Roberts appointed him to serve on the Executive Committee of the Conference and had previously appointed him to serve on the national judicial Information Technology Committee.  Chief Judge Thomas also serves as En Banc and Capital Case Coordinator for the Ninth Circuit, Chair of the Ninth Circuit Judicial Council, and Chair of the Court of Appeals Executive Committee.

In 2010, he was one of four finalists for a position as a Justice on the United States Supreme Court to the seat vacated by Justice John Paul Stevens and was interviewed by President Obama and Vice President Biden.

Chief Judge Thomas was born in Bozeman, Montana.  He received his undergraduate education at Montana State University and graduated with honors from the University of Montana School of Law in 1978.  From 1978 until 1996, he was engaged in the private practice of law in Billings, specializing in complex commercial litigation.  As a private practitioner, he was selected as one of the "Best Lawyers in America" and was included from the inception of the publication.  He also maintained an “A V” Martindale-Hubbell rating.  For fifteen years, Chief Judge Thomas was an Adjunct Instructor in Law at Rocky Mountain College, received the Outstanding Faculty Award, and also received an honorary doctorate in law from Rocky Mountain College in 1998.  He currently lives in Billings with his wife, Martha Sheehy and their two sons.