Wayne Bergeron is enjoying a career as one of the most sought-after musicians in the world. Studio sessions, film dates, international touring, jazz concerts, guest appearances, and clinics keep him busy not only in his hometown of Los Angeles, but worldwide.

Born in Hartford, Connecticut in 1958, Bergeron came to Los Angeles at age one, so considers himself a native Californian. Originally starting on French horn, he switched to trumpet in seventh grade and found he had natural upper register ability. Bergeron credits his junior high and high school teachers, Ron Savitt and Bob Smith, for molding his talent into practical working skills.

Bergeron first caught the ear of many when he landed the lead trumpet chair with Maynard Ferguson’s band in 1986. Bergeron can be heard on Maynard’s recordings of “Body and Soul,” “Big Bop Nouveau,” “Brass Attitude,” and “The One and Only Maynard Ferguson.”  Bergeron demonstrates daily why Maynard remarked, “Wayne is the most musical lead trumpet player I’ve had on my band.”

After being behind the scene for so many years,Bergeron stepped out on his own with his first solo effort, “You Call This a Living?”  This debut project earned him a Grammy nomination in 2004 for Best Large Jazz Ensemble, as well as rave reviews from fans and press worldwide. Bergeron’s second CD, “Plays Well With Others,” released on the Concord Jazz label in 2007, was met with the same acclaim. Bergeron is excited about his new CD project, which will be released in 2016. 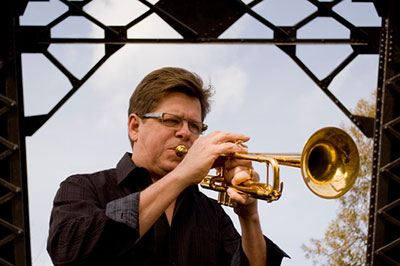 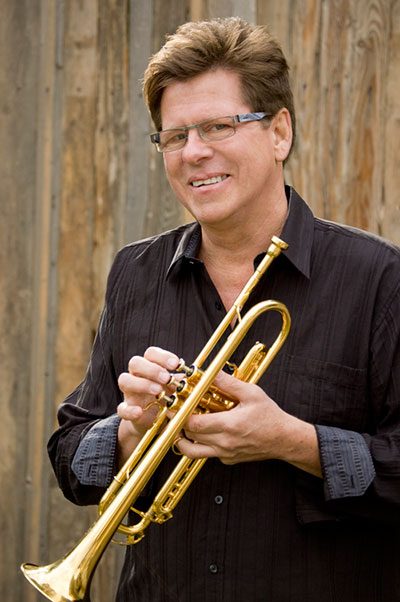 Bergeron has been principle trumpet at the Pantages Theatre for over 15 years and is regularly featured with the Hollywood Bowl Orchestra. He has done guest appearances with the L.A. Philharmonic, The New York Philharmonic, and the Cleveland Orchestra.

Bergeron is a National Artist for the Yamaha Corporation of America and is co-designer of the YTR-8335LA trumpet and YFH-8315G Flugelhorn. Bergeron also designed a series of trumpet mouthpieces with Gary Radtke of GR Technologies that are available through Bergeron’s website.

Bergeron was mentored by legends like Uan Racey, Bobby Shew, Warren Luening, Gary Grant, Rick Baptist, and George Graham. He hopes to inspire a new generation of young players and enjoys his work as a clinician and educator. “Nothing makes me feel more accomplished than hearing a young musician say that I inspired them or had a positive influence on their life. For me, that’s the real payday.” Bergeron is currently on faculty at California State University Northridge.

Maybe Grammy winning composer and bandleader, Gordon Goodwin said it best, “Wayne is a once in a lifetime lead trumpet player.”