Held annually each October, the Craig Wilson Symposium coincides with the release of the Mountain States Poll results. The Symposium addresses a different political theme each year and utilizes the perspective from academics, practitioners, elected officials, and university students to ignite broad political discussions regarding important topics of the day, and is open to the public. The Symposium, named for Dr. Craig Wilson, political science faculty with MSU Billings from 1980 to 2014. The Symposium launched in October 2019 with the theme of democracy and political participation, a focal point of Dr. Wilson’s career. 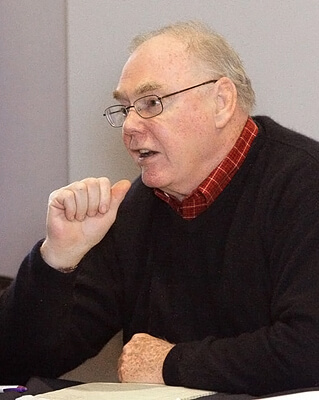 Dr. Craig Wilson received his Ph.D. in Political Science from Washington State University in 1980 and immediately joined the faculty of Eastern Montana College, which was renamed Montana State University Billings in 1994. In 1989, Dr. Wilson launched his annual political poll covering both Montana and national politics. From the poll, he brought notoriety to the university and found a great deal of enjoyment helping his students become more civically engaged. Since 1989, the poll has been conducted nearly every year since, with few exceptions. In 2019, the poll was renamed the Mountain States Poll when the number of states being polled increased. Dr. Wilson was a beloved scholar and colleague in his department. Dr. Wilson retired in 2014 as a distinguished Professor of Political Science, emeritus. Craig Wilson passed away on October 18, 2017. Through the Mountain States Poll and the Craig Wilson Symposium, his legacy continues to live on at MSUB.