Workshop Description: The Battle of the Little Bighorn and the Great Sioux War (1876)

100 years after the birth of our nation, events in the sweeping plains and foothills of southeastern Montana set into motion the removal of the original Americans from their land and the eventual settlement by Europeans. The NEH Scholars will be transported to those fateful days, enmeshed in the events and the landscape largely unchanged since the battles of the Great Sioux War. Through the perspectives of the participants and the changing views over time, the scholars will achieve a rare glimpse into the historical events from a myriad of perspectives. Through the richer understanding of the Great Sioux War, the subsequent events following the war come into clear focus. The Reservations, Indian Boarding Schools and White Settlement become an extension of the fateful events of June 25, 1876.

The Montana Center for Inclusive Education (MCIE) at Montana State University Billings (MSUB), in collaboration with the MSUB History Department, Little Bighorn College, Little Bighorn Battlefield, and Chief Plenty Coups State Park, hosts a humanities workshop focused on four Montana landmarks of cultural and historical significance: 1) The site of Sitting Bull’s vision prior to the Battle of the Little Bighorn; 2) Rosebud Battlefield State Park; 3) the Little Bighorn Battlefield National Monument; and 4) Chief Plenty Coups State Park.  These sites, located within a one-hundred mile radius in the plains of south-central Montana, played a critical role in the Great Sioux War of 1876. The Little Big Horn Battlefield serves as the primary focus of the workshop, providing the broader context to view the Great Sioux War. Interpretation of these sites and historical events will be provided from multiple points of view, including 1) The U.S. military, 2) Native American allies, 3) Cheyenne and Lakota combatants, and 4) Euro-American public.

Participants will begin their journey at the site of Sitting Bull’s vision of Custer’s defeat.  Two days prior to Sitting Bull moving the combined Lakota, Cheyenne, and Arapaho forces to the valley of Little Big Horn River, he envisioned many soldiers, “as thick as grasshoppers” falling upside down into the Lakota camp, predicting Custer’s defeat. Participants will then travel to the Rosebud Battlefield State Park and National Historic Landmark. At this battle, Chief Plenty Coup’s force engaged the Lakota and Cheyenne to the north of camp, giving Crook time to marshal his defenses to achieve a tactical stalemate. Crook withdrew to the south to resupply, thus removing his force from the Battle of the Little Bighorn. The next stop is Little Bighorn Battlefield National Monument, the sight that changed the course of American history. The Great Sioux War was a strategic campaign to remove the Lakota and Cheyenne from vast hunting grounds in eastern Wyoming and Montana and onto reservations, opening the country to white settlement, resource extraction, and the industrial age. Finally, participants will visit Chief Plenty Coups State Park and National Historic Landmark. Chief Plenty Coups, the last traditional chief of the Apsaalooke (Crows) allied with the U.S. army during the Great Sioux War to ensure the survival of the Crow people.

Substantial archives are housed in south central Montana, available to the project team. Ongoing digitizing projects bring more primary sources online. The Chief Plenty Coups State Park contains the chief’s personal possessions; the Little Bighorn Battlefield National Monument has a vast archive as does nearby Little Bighorn College. MSUB’s Barstow Collection has a large and well-respected collection of ledger drawings by Native Americans.  Collectively, these archives possess an enviable repository of knowledge of the battles and the multiple tribes involved.

A wealth of academic research and popular media from a myriad of perspectives through film, books, poetry, historical newspapers, photos, paintings, maps, and music will bring additional depth to the topic. Some sources are contemporary and others created at the time of the battle.  More has been written about the Battle of the Little Big Horn and its context than any other battle in history.  Participants will be given a bibliography of essential works and internet site links, including maps and other instructional resources.

As important as the archives and expertise of the presenters, the natural environment of the battlefields, parks, and monuments is a powerful teacher, making use of a place-based framework to provide deeper learning experiences.  The windswept hillsides of the Little Bighorn Valley are little changed from the time of Sitting Bull, Crazy Horse, and Custer. The bluffs on the river transition to the foothills and then the Wolf Mountains to the east where the Battle of the Rosebud occurred, transporting the teacher to a time nearly 150 years ago, where two cultures collided - one a semi-nomadic people and one an industrial people. Except for a few roads, barbwire, and ranches, these sites appear undisturbed.

This institute is being funded by the National Endowment for the Humanities. 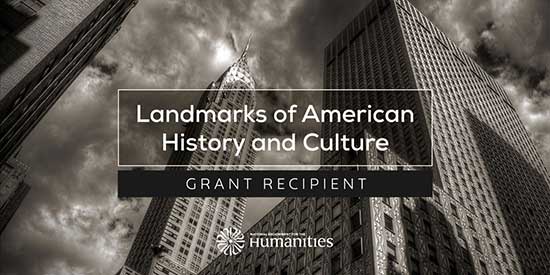 Any views, findings, conclusions, or recommendations expressed in this web resource do not necessarily represent those of the National Endowment for the Humanities.