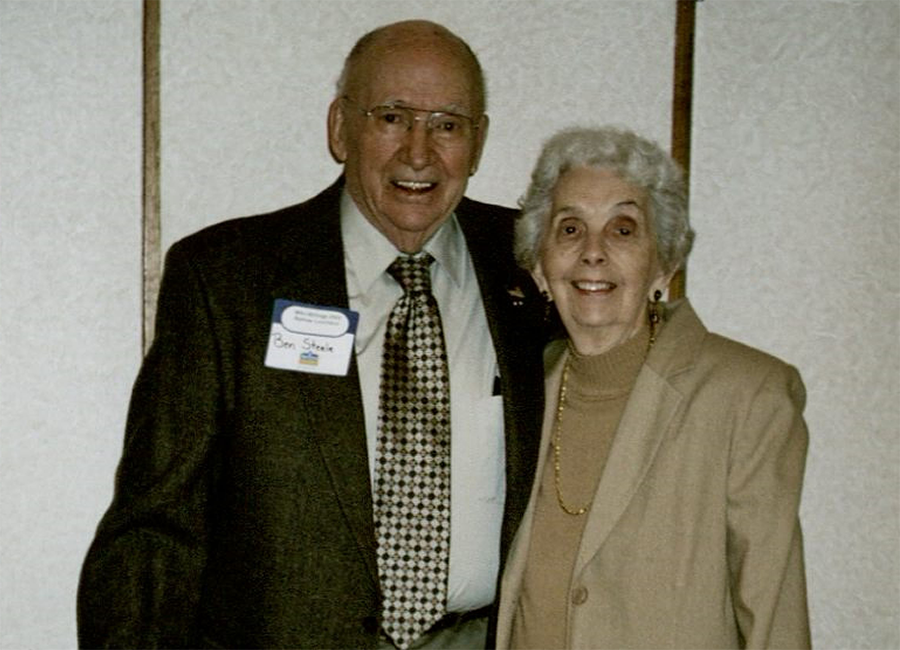 However, his legacy at Montana State University Billings will survive.

In 1959, Steele was hired by what was then Eastern Montana College of Education as an assistant professor of art. Years before, as a private in the U.S. Army Air Corp, he survived the Bataan Death March, in which roughly 7,000 soldiers perished in the tropical heat and at the hands of unforgiving captors during a 66-mile march during World War II.

While still in in the Philippines, during 1942, Steele and his fellow soldiers would surrender to the Japanese and spend four harrowing years as prisoners of war.

It was during this time and recovering from beriberi and a foot infection that Steele taught himself to draw in a prison hospital in Manila.

He found solace and joy in his artwork and then in relationships and life at large. At least, that is what I found from talking with those that Steele’s life made an impact on.

“I first met Ben as a student at Eastern in the early 80s,” said Jacque Kittson, of Billings and a member of the class of 1988. “My father had passed away and we became friends. He meant the world to me.”

The pair continued to paint together for decades.

“The last time we painted was August 12th. He was painting until the very end,” she said.

Steele retired from MSUB in 1982 but continued to teach part time for some time after. In 1992, the Helen B. Northcutt Gallery on the first floor of the Liberal Arts building was renamed the Benjamin C. Steele-Helene B. Northcutt Gallery in honor of his works and service to the campus and Montana art community. A mural in our gym painted by Steele remains as well. 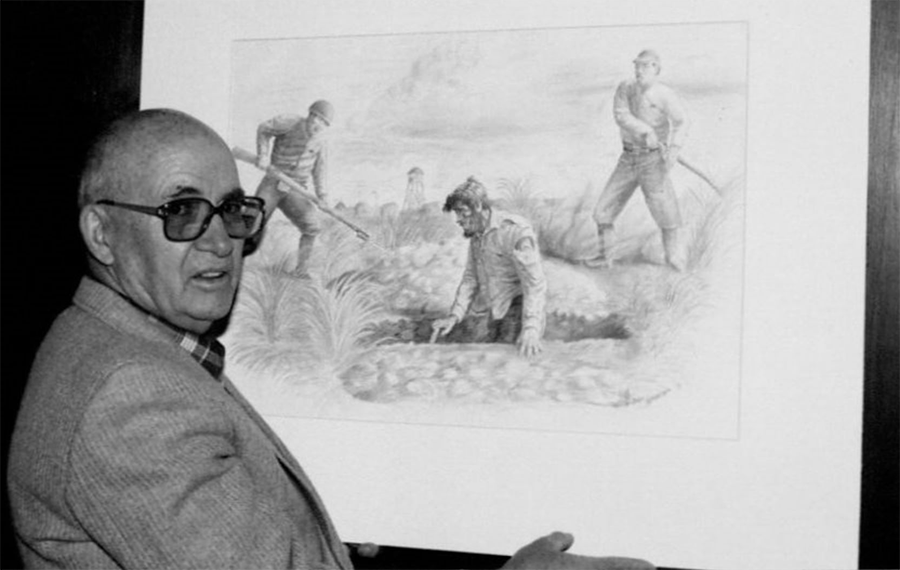 Billings resident and EMC alumna Dione Roberts recalls Steele being, “one of just two or three professors that made my time at Eastern so memorable.”

Roberts continued her artistic path as an owner of D&J’s Glassworks in Billings.

“One very vivid recollection I have is with two or three strokes of a paintbrush he could create a fried egg,” Roberts said. “There was an economy to his work but everything that needed to be there was there: depth, dimension, and color. And that was the kind of man he was.” 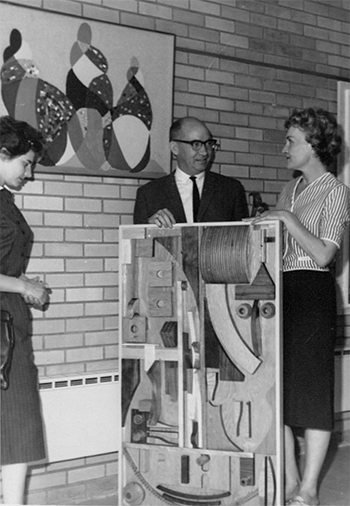 MSUB Foundation CEO and President Bill Kennedy is another EMC alum whose life was impacted by Steele.

Chuckling, Kennedy recalls not being able to draw beyond stick figures before taking Steele’s classes in the 70’s.

“He would actually sit behind me, grab my hand and help me find the curve. He would make my hand sing,” Kennedy said. “I could feel the energy that was there. He could see through anybody in the room and said, ‘You can do this.’ He gave me an appreciation of the arts I didn’t have before. Ben instilled that in me and I’ve been forever grateful.”

It wasn’t until years later that Kennedy found out the horrors Steele had gone through as a prisoner of war.

“That was empowering, that he was so caring. And that he got me to draw, that was compassion,” Kennedy said.

Emeritus Art Professor Neil Jussila, who taught on campus from 1969 through 2012, first met Steele while taking graduate school classes at MSU Bozeman in 1968. While sharing veteran stories (Jussila as a Vietnam veteran) they discovered another commonality: a love of fishing.

“We went fly fishing that very day and all that summer during the evenings we were either out on the Madison or Gallatin River,” Jussila said.

When Jussila arrived at EMC to teach a year later he said he realized how gifted Steele was as an introductory-level drawing instructor, “when he spoke and demonstrated in the classroom it was like being in church.”

Steele’s lessons will be rippling through the community for years to come.

In 1967, Dick Cottril graduated from EMC and went on to create and head the music department at Skyview High School in Billings. Cottril and Steele became friends who enjoyed eastern Montana’s sportsman offerings, especially duck hunting together.

“I always tell people to look up gentleman in the dictionary and there’s Ben’s picture,” Cottril said.

As a student in what was Eastern Montana College he said, “I feel lucky that we had a man with such character be concerned about us. Ben was an excellent teacher who changed my life.”

It’s no surprise Billing’s newest middle school on the west end will bear Steele’s name. Although one to never seek accolades or fame for his tremendous talent and resolve during the war, former Chancellor Dr. Ronald Sexton said Steele was a “tremendous advocate of education.”

“Ben always pushed students and said if they had an interest they should develop their talents and he helped them in any way he could to see that happen,” Sexton said.

Although Steele may be gone MSUB will strive to keep his lessons of art, forgiveness, and a love of life glowing.

"Unfortunately, I did not have the opportunity to work with Ben,” said Chancellor Mark Nook. “As I have talked with students and colleagues that knew him, read things he has written and that have been written about him, and watched the videos of him and people that knew him, it is abundantly clear that we are extremely lucky to have had Ben as a member of the MSU Billings faculty and family.  He epitomized our purpose to help every member of MSU Billings reach their full potential.  Ben helped students reach more than just their educational and professional goals; he also helped them set and reach goals in their personal lives."

A documentary about Steele, narrated by Alec Baldwin, will be shown in Library 148 on the University Campus, Saturday November 19 at 3 pm.