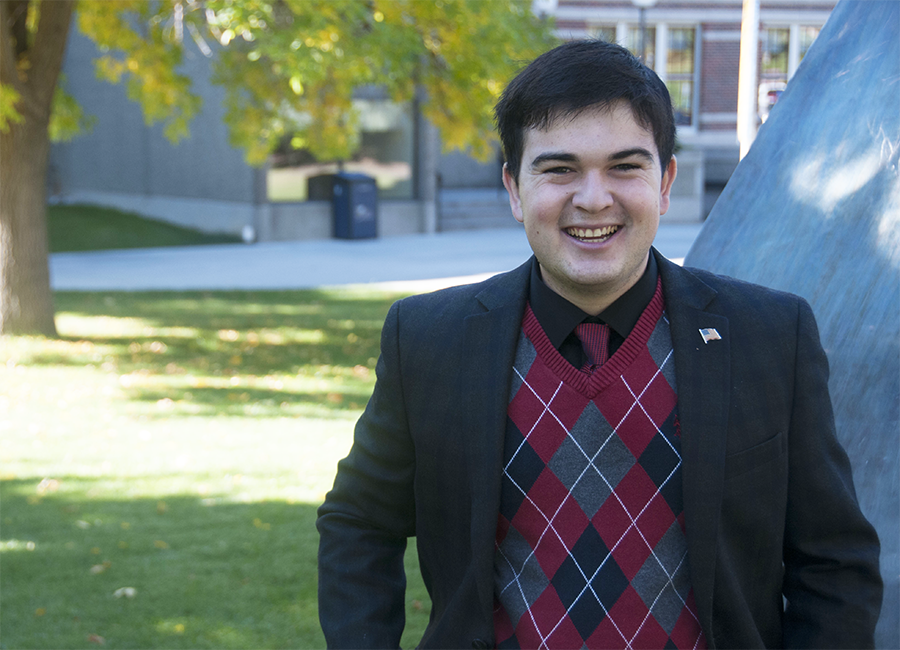 Dylan Olson doesn’t begrudge moving around a lot as a kid. However, once his senior year of high school approached he wanted to remain at just one university.

Having spent three years at Montana State University Billings the 20-year-old says he made the right choice in coming to the Big Sky State for his degree.

“I knew that I would miss out on a lot if I moved,” Olson said. “Once you move, you lose those relationships. I also like the way the classes are taught here. You might learn the same class but the way the class is going to be completely different in another institution.”

His first year at MSUB, Olson was a chemistry major but didn’t enjoy the subject matter and fell back on his first love: politics. His love of place, like getting to go fishing on the Yellowstone River by Pompey’s Pillar and hanging out at Lake Elmo, helped ease the transition into a new major.

“This school has given me great experiences. It has a wonderful (political science program) and it is much more affordable than even paying in-state tuition in California,” Olson said.

Olson is particularly excited about participating in this year’s MSU Billings Montana Poll, which is integrated into the Media, Public Opinion, Polling class he is taking.

Now in its 30th year, the poll interviews hundreds of Montanans on a plethora of statewide, national, and worldwide issues of concern.

“I’m really interested at looking at who will be supporting the presidential candidates and terrorism/immigration … if there are any links,” Olson said.

“As a new club, we’re only in our second year, our focus is on growing membership,” Olson said.

After graduation, Olson would like to obtain employment with the State Department and perhaps earn a law degree, with plans on becoming a public defender.

The Montana Poll will be released to the media and general public on October 28, in advance of the general election.