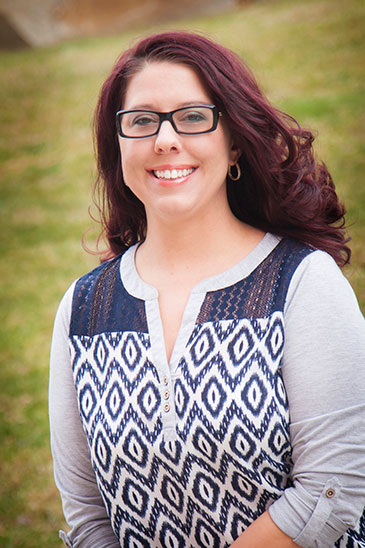 “Three semesters and about 40 Snapshots later, I feel so lucky to have met so many students, faculty and alumni that make our campus an exceptional place. I have been fortunate to meet so many new people I would have never talked to otherwise. Most often within meeting them for the first time I ask people to share their stories with me. In the early stages of this project I did not know exactly what to expect in each story, but I have found people are really willing to share their stories; all you have to do is ask.

“It has been an incredible opportunity to work with MSUB University Relations and Communications and to build a connection to several people on campus who strive towards excellence everyday at MSU Billings and City College, but it is time to pass the project onto another hard-working MSUB student to write about those among our campus.”

About two years ago Blair Koch, her husband and two kids moved from Buhl, Idaho so Blair could finish her four-year degree in the same city her husband could find a job in his line of work. At 33 years old, Koch is among several non-traditional students who come back to school seeking a degree from MSUB. This semester, she has been busy juggling her family life, her coursework and work-study positions with University Relations and Communications as well as Yellowstone Public Radio. In the fall semester, her work-study positions will transfer into an internship for her political science degree.

“As a non-traditional student I didn't know what to expect coming to MSUB, but my experience on campus has been overwhelmingly positive. All of my instructors have been great and so has everyone with University Relations and Yellowstone Public Radio. I've already learned a lot and I can't wait to see what they have in store next semester. With Snapshots of MSU Billings, what I really want to do is get to know everybody better and really tap into what people’s stories are and help bring that out in a Snapshot,” Koch said.

Growing up she found herself becoming a reporter through her 4-H club. She wrote small articles pertaining to their meetings and community service that would make it into the local newspaper. Later, Koch found herself working at the same weekly newspaper The Buhl Herald.

“I like to think that reporting isn't something that I found. However, it has been a calling, perhaps, that found me. I loved telling stories from our community and the surrounding ones. People enjoyed getting the paper, even though it was small, but it was a thread that held the town together and that's important,” Koch said.

Not wanting to say no to any opportunity, Koch has been working for both YPR and University Relations while studying for a degree in political science.

“My personal motto during my time at MSUB has been to expand my experiences and opportunities and try new things,” Koch said.

During Koch’s time at MSUB, she has not only been hard at work between internships, homework and making the Dean’s List with a 4.0 GPA, but she is the treasurer for the newly formed Pi Sigma Alpha, a National Political Honor society on campus.