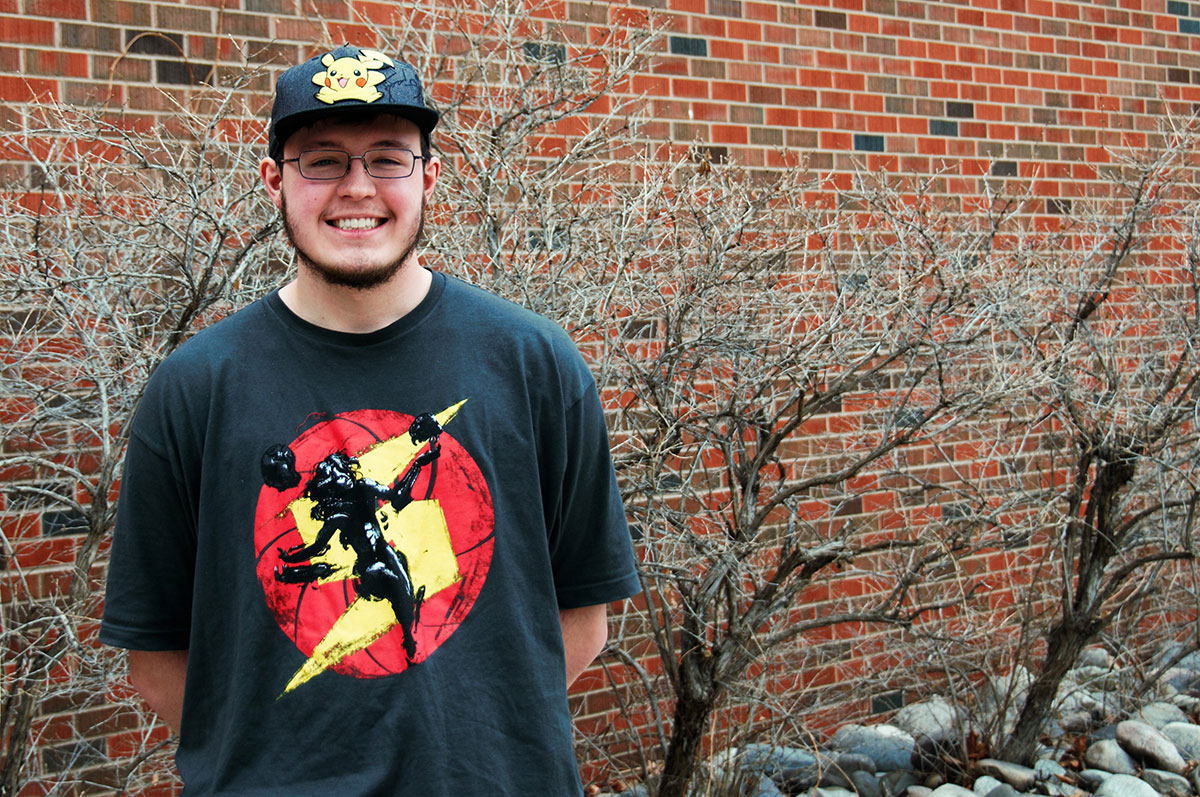 In less than three weeks Jacob Burd will have said goodbye to Big Sky country and his familiar setting within Montana State University Billings to welcome a new experience at the Prefectual University of Kumamoto (PUL), in Kumamoto, Japan.

Needless to say, the 21-year-old is very excited about his rapidly approaching departure and has been preparing for the study abroad opportunity for years. As a result, Burd was recently awarded with the prestigious Global Ambassador’s Scholarship, which will help cover expenses for travel, room and board, and other nominal costs involved in the trip.

Also in preparation, Burd began teaching himself the Japanese language after graduating from Skyview High School in 2013. A self-professed fan of popular anime like “Pokemon” and “Sword Art Online,” Burd became determined to learn the language after online administrators of fan-chat rooms would converse in Japanese.

Burd began watching online tutorials and, after enrolling at MSUB in 2014, was introduced to the university's library director, Brent Roberts, who is fluent in Japanese. Without Robert’s assistance in teaching Burd Japanese, the study abroad opportunity for the sophomore wouldn’t have happened. 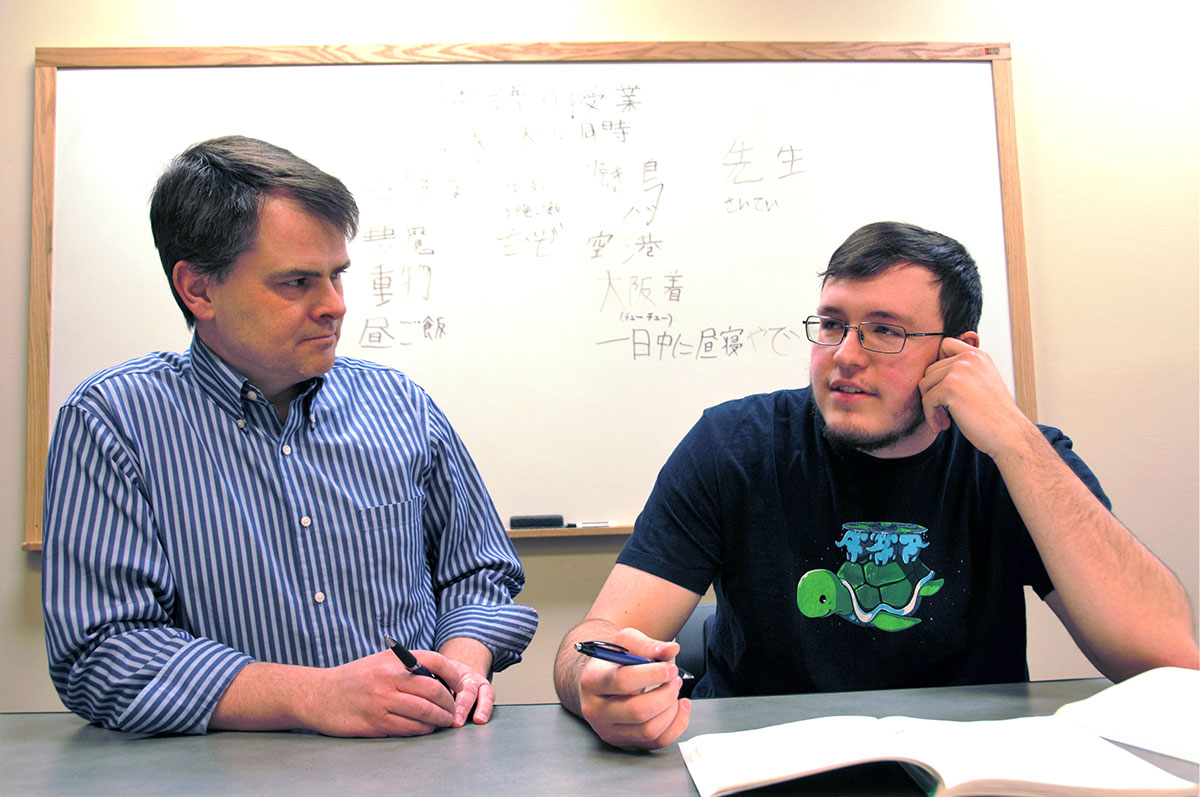 Pictured is MSUB Library Director Brent Roberts, left,  and MSUB sophomore Jacob Burd during Burd's independent Japanese language course. Burd will soon leave on a semester long study abroad program at the Prefectual University of Kimamoto (PUL), in Kumamoto, Japan. He has met with Roberts for class three times a week for over a year and will even come in during spring break in preparation for his trip. Photo by Blair Koch.

“I owe a lot to Brent,” Burd said. “In fact, the way the entire university helped put this together was just fantastic. Everyone has been supportive.”

Soon after, the pieces began coming together for Burd’s opportunity to study abroad, which fits in perfectly with his career plans.

“I want to teach English abroad later on and so this opportunity to go to Japan is great,” Burd said. “One of the classes I’ll be taking is actually about teaching (English as a Second Language) and I’m excited.”

He has been grateful for the staff at PUK, who have made sure his courses will be taught in English, and by the team at MSUB for putting the trip together.

Part of that team is Dr. Paul Foster, executive director of MSUB’s Office of International Studies. He explained that while Burd is the first student to attend PUK through the newly created exchange relationship, Montana and Japan have long standing ties.

A formalized sister-state agreement dates back to 1982, after years of push by U.S. Ambassador to Japan Mike Mansfield. Of course, Montana retains close and important trade ties with the nation as well.

For several years, MSUB hosted a group trip with many students to Japan and those may begin again if there is enough.

For now, Foster is looking forward to MSUB hosting students from PUK. As part of the agreement, tuition costs for students are not affected, paying the same as they would at their home university.

“They’ll be here in the late summer, in September,” Foster said.

As for Burd, he’ll be spending the next couple of weeks packing, studying and “saying thank-you and goodbye to everyone who made the trip possible.”

“I really owe a lot to my grandfather who is paying for everything not already covered,” Burd said. “I feel very fortunate to have someone so loving and supportive in my corner.”

He says that when he arrives in Kumamoto he’ll likely be “functionally illiterate,” but just wait MSUB, when Burd comes home in six months he’ll be speaking fluently and watching “Sword Art Online” or “Bleach” with the subtitles off.

For more information about study abroad opportunities call Dr. Paul Foster at 247.5758 or at paul.foster4@msubillings.edu or visit the MSUB International Studies Office. 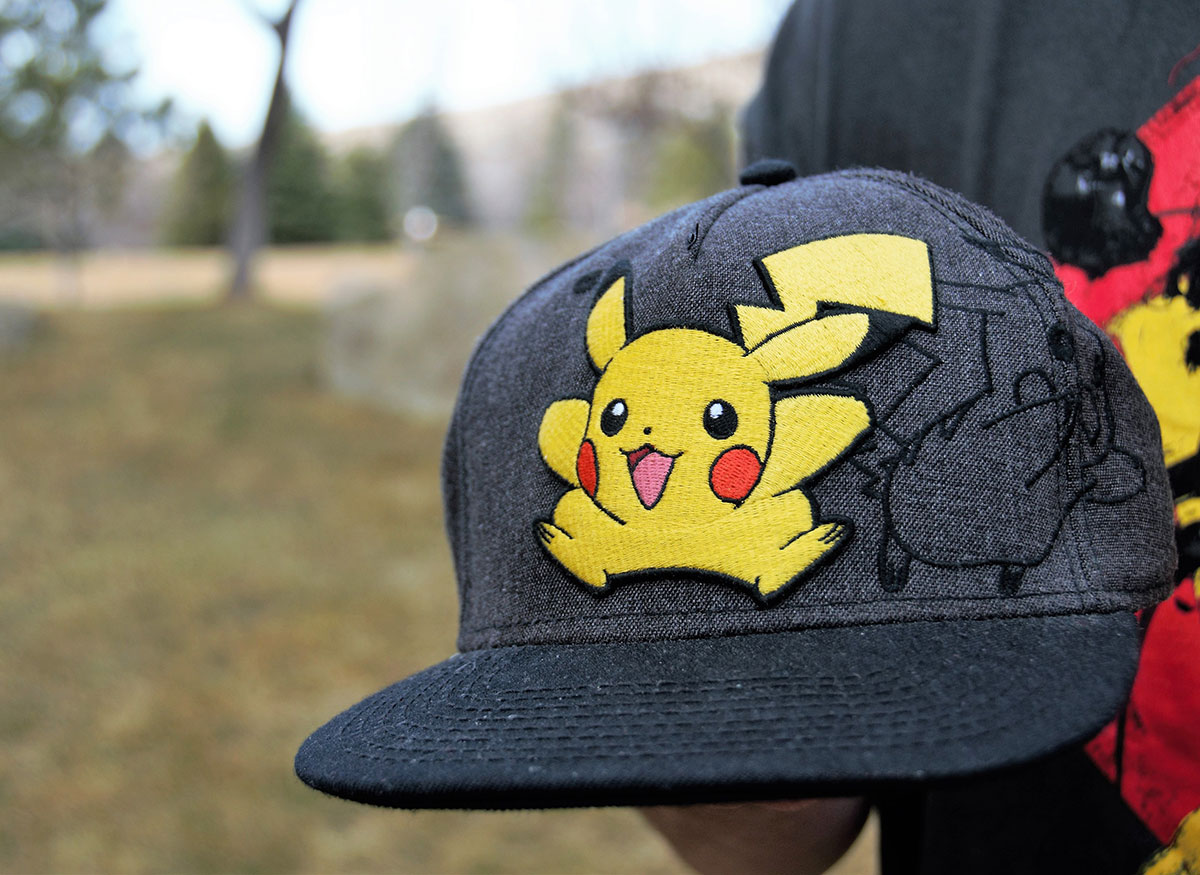