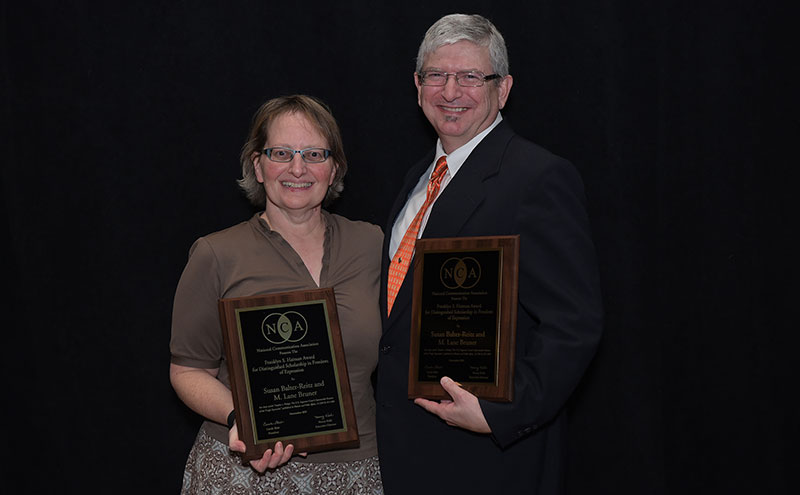 Director of E-Learning and Professor of Communication
Billings, MT

During the National Communication Association’s annual convention in Las Vegas, Nev. on Nov. 21, Dr. Sue Balter-Reitz, along with her colleague Dr. Michael Brunner, will be awarded the NCA’s Franklyn S. Haiman Award for Distinguished Scholarship in Freedom of Expression—one of the most prestigious awards in the field of communication. They will be receiving this award for their article “Snyder v. Phelps: The U.S. Supreme Court’s Spectacular Erasure of the Tragic Spectacle,” based on the U.S. Supreme Court’s decision of whether the Westboro Baptist Church members’ speech was protected under the First Amendment when protesting at the funeral of a U.S. marine. 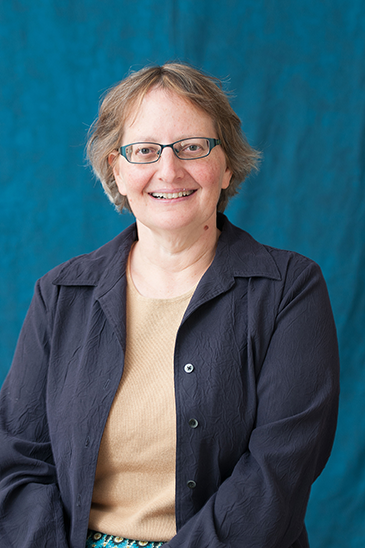 How did you become interested in writing this article?

“The court decision came out while we were at a conference and Michael and I were both presenting. We were chatting and I talked to him a little bit how I thought this decision was really odd because it seems to me that the court is saying that what turns the protection is the spectacle that Westboro created. The more obnoxious you are, the more you draw attention to yourself from the media and the more likely you will have protected speech regardless of the value of that speech. So that circumvents reason and circumvents the public sphere. Michael’s research in civility in the public sphere and my legal argument analysis came together and that is what makes the article so interesting. But what I think ultimately brought the article together was that we both have a love for public discourse. We want there to be a space in the public sphere where the public can disagree and can have very different opinions but that it doesn’t become a parody of true civic dialogue.”

How has this paper shaped your view on freedom of expression?

“I started researching law when I was an undergraduate and that is what got me into my passion as a professor. I’ve always believed in having more speech. I always thought it was important to have more discourse available so that there are different opinions and I don’t believe in public sanctioning of expression. I think it’s perfectly fine for a parent to say to a child, ‘I don’t think you’re ready for that,’ but it’s different for a public sense of what is and isn’t appropriate for availability. It’s a theory called paternalism where the state makes decisions for the individual and acts as parent.”

What does the Franklyn S. Haiman Award for Distinguished Scholarship in Freedom of Expression mean to you?

“There are a couple of reasons why I am really excited about it. The first is that in my field it’s the biggest research award there is because it is for people who publish nationally and internationally in freedom of expression, so it’s a big deal. It is really to cool to be able to transcend that sense of, is this a good court decision and does the argument of the decision change the way we view the First Amendment. So it’s nice to have that recognition, plus it is always nice to get an award.”

What made you want to go into communication studies?

“I started as a communication major because my high school was really progressive. I went to an all-girl Catholic school in New York City and they took out their home economics room and turned it into a TV studio. That’s why I chose that high school. I loved broadcast production from the moment I was in there. I picked a college based on the broadcast facilities, so I went to a small regional campus that didn’t have a big reputation in eastern New Mexico. It was a great place to go because the opportunities were there and the faculty were engaged. Even though I wanted to do broadcasting, I fell in love with law when I took the class I am teaching right now (law communication). I thought to myself, ‘this is the best thing I have ever studied’.”

“In my mind communication is really important to you because it teaches you the key to survival—writing, critical thinking and speaking—but it’s also about your relationship to people and institutions. It’s a really great critical liberal arts degree.”