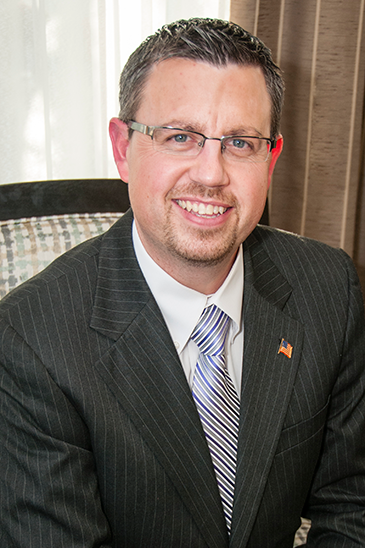 Nemetz graduated from MSU Billings with a bachelor’s degree in liberal studies in 1999. He is currently the Ag Director for Northern Ag Network. Russell serves on the Metrapark Advisory Board, volunteers for 4-H and FFA, and has been a guest speaker for Billings Chamber of Commerce events. He has also been active in the Billings Exchange Club. Nemetz has won numerous awards and can be heard on every weekday on nearly 70 stations in 4 states on Northern Ag Network.

“When I first went to college, I had tried a semester at MSU Bozeman. I didn’t really find anything that I was interested in so I decided to go back home to the ranch in Chinook. I was going to settle in there, be a rancher, have a family and raise them there. After a year or two my parents really encouraged me to go back to school to get a degree and experience life somewhere else for a little bit. They always told me, the ranch will be here if you want to come back. I couldn’t make my mind up on what I wanted to do. Then one day I was watching TV or listening to the radio when Taylor Brown came on. He is a well-known farm broadcaster and is my boss today, and I thought, ‘hey, that sounds fun.’ Broadcasting still keeps you involved in the agriculture industry and I could do some fun things like talk on the radio, be on TV and travel to conventions. That’s when I called down to Billings to one of Taylor’s other farm broadcasters, and just asked him if I came to Billings for college if I could work at Northern Ag Network as an intern. That was twenty years ago. I made my mind up and went back to college at MSU Billings because they had a great communications program, plus I had the media entity in town I wanted to work for.”

Tell me about the opportunities you have had traveling for the Northern Ag Network?

“We like to go to different conventions, whether it be for livestock or grain. We try to be out and about as much as we can to do interviews and have the opportunity to meet our viewers and listeners, ranchers and farmers. If nothing else, it keeps us out there and keeps our finger on the pulse of the industry so we’re not relying on information sources. When you cover an area of about 350 square miles like we do, you can wear out a pickup pretty fast. I’ve been though quite a few in the 20 years I’ve been doing this, but it is because we do like to get out.

“On the rare occasion, I’ve been so fortunate to go on international trade missions—they’ve taken me around the world. I’ve seen things that most kids from little towns like Chinook don’t get to see, from the Red Square in Moscow, Russia to sand dunes in Morocco. I’ve been so fortunate to see stuff like that. If you told me I was doing that twenty years ago, I would have told you that you’re crazy.” 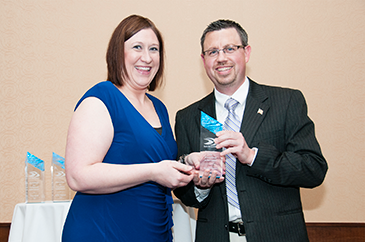 What has been your favorite thing about traveling internationally?

“I guess my favorite part is getting to see how other farmers and ranchers around the world raise livestock and crops. It is also very interesting to see how important our farmers and ranchers are here at home; we feed a lot of the world. The rest of the world isn’t able to feed its entire population. It’s interesting and humbling at the same time to see the hard work our families have put in to raise a crop or livestock for people in this country, but also for others around the world. It’s humbling because we take a lot for granted in this country. When we wake up, we have a safe, affordable and abundant food supply everyday at our fingertips. That’s not the case in some countries; they wake up everyday with a goal to find enough food and enough water to give their families to survive one more day.”

How has being involved in organizations like 4-H and Future Farmers of America when you were younger helped you to get where you are today?

“They broadened my horizons. Back in the day when you said you were involved in FFA that meant either cows or plows. Now that’s not really the case. They provide so many career opportunities that really open your eyes and give a much bigger picture to what’s out there. Whether it be a scientist or an agriculture engineer, or maybe you want to be a farm broadcaster and talk on the radio. They give you the tools to help prepare you for what you think you want to do. When I was in FFA, I wasn’t really into things you would actually do on the farm and ranch like crop and livestock judging. Things that really interested me were public speaking and parliamentary procedure. It was all those little things back then that helped me lay a solid foundation for my career now.”

To read about other 2015 Outstanding Alumni, visit the MSUB Alumni Association website.[BROKEN LINK]