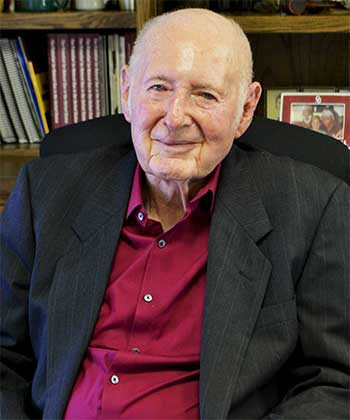 Dr. Ballard is well known for his business savvy and generosity to the Billings community. His renowned career began when he joined partner Bill Cronoble to form Balcron Oil Co. in Billings in 1963. After selling the company, he formed Ballard Petroleum in 1992 to develop leases, and grow assets and reserves. He remains chairman and CEO, still actively working with his sons Dave and Jeff. Ballard Petroleum employs 30 people in Billings and 17 in Gillette, Wyo.

Ballard has served as director on Billings Clinic and Rocky Mountain College boards for decades. He has also served on the boards of the Rotary Club and the Montana Petroleum Association.