The Richest Hill on Earth 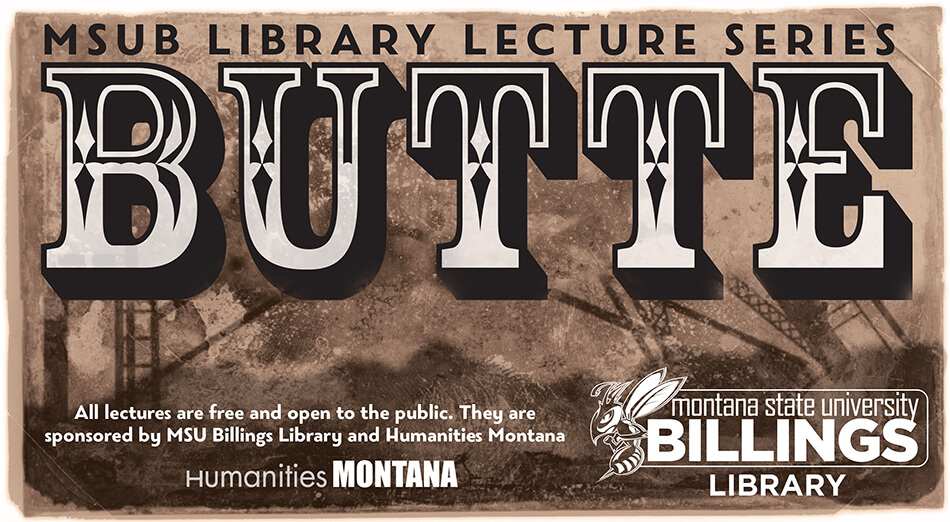 “Butte, America” (as many of its Irish immigrants called it), has long been the epicenter of Montana’s rich, colorful, and sometimes dark history—so much so that the noted journalist, Joseph Kinsey Howard, characterized the community as “the black heart of Montana.” This lecture will focus on Butte’s origins, its early years as a roistering, no-holds-barred copper mining camp, and its rise to national and international prominence as the “richest hill on earth.”

Dr. Keith Edgerton currently teaches American history, environmental history, and Montana history, at Montana State University-Billings where he is a professor of history and chair of the history department. He holds a B.A. and M.A. in history from the University of Montana and a Ph.D. in American Studies from Washington State University

In 1890, about 30 women in Butte gathered to found a union for any female worker who didn't already have one. Soon after, The Anaconda Standard reported that "the idea of a union of servant girls, chamber maids, and dressmakers was so unique and comical that the new union has been the subject of endless jokes." But the Women's Protective Union, or WPU, was dead serious. For 83 years, it helped Butte families, through thousands of mothers, daughters, sisters, grandmothers, and aunts, stay out of poverty and move up in the world. To this day, people in Butte remember the WPU with affection and gratitude.

Beth Judy is an author and freelance writer. She has a Master of Fine Arts from the University of Montana and has worked in public health, the arts, public radio and publishing. Beth currently resides in Missoula, Montana.

In 1918-1919, influenza raged around the globe, killing approximately 50 million people worldwide and some 675,000 in the United States. Montana suffered the fourth highest mortality rate of all states, losing approximately one percent of her population to the disease. In the city of Butte, the suffering was magnified. In fewer than six months, influenza killed almost two percent of Butte’s residents. Why did Butte suffer such a high mortality rate? How was influenza treated? What did health officials do to stop the spread of disease, and how did the people of this tough, diverse, inimitable city react? This lecture explores experimental treatments, civil unrest, death, human resilience, and the emotional struggle of the men and women who fought against, suffered from, and succumbed to influenza on the “Richest Hill on Earth.”

Janelle M. Olberding an independent historian, part-time educator, and lifelong learner. Throughout her career, she has worked in public health and education – two fields she’s incredibly passionate about. She currently serves as the Director of Marketing and Public Relations and adjunct instructor at Dawson Community College in Glendive, Montana. Olberding holds a Bachelor of Arts in English from the University of Montana and a Master of Arts in History from Norwich University. Her first book, Butte and the 1918 Influenza Pandemic, was published by The History Press in 2019.

With the Milltown Reservoir Cleanup as the focus, the lecture tracks over 100 years of activities in the Clarks Fork River Valley that eventually launched one of the most expensive environmental cleanups in US history. The lecture also chronicles key players in the remediation and restoration story.

Dr. Susan Gilbertz is a cultural geographer who specializes in how communities make decisions about their local environments. Since coming to Montana State University Billings in 2003, her work has focused on Montana communities and Montana's environmental issues. Her other research projects include: numerous water, ecosystems and sustainability issues in the Yellowstone River Valley, amenity landscape development in the Madison, Big Hole and Gallatin River valleys, oil and gas development in eastern Montana and the 1971 Montana Constitutional Convention.