All Lectures are Tuesdays in Petro Theatre. 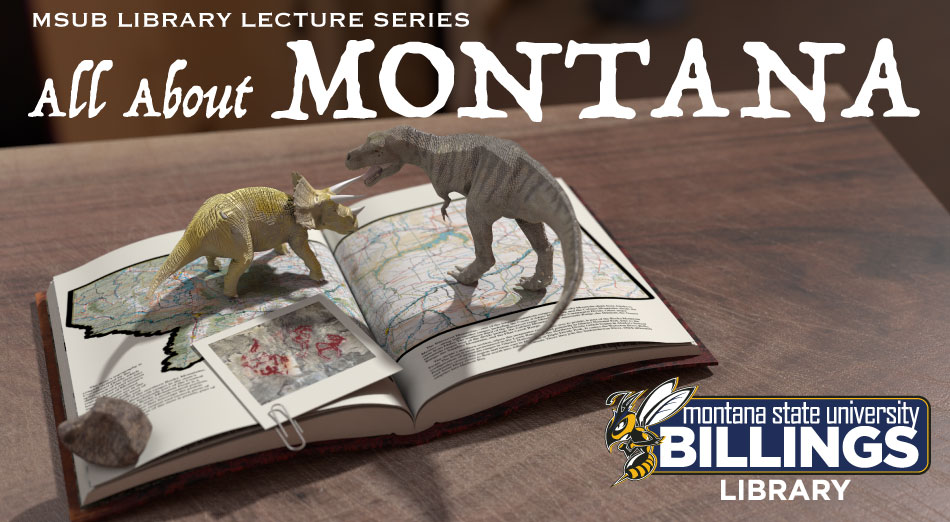 Western Heritage Center Executive Director Kevin Kooistra-Manning will speak in Petro Theatre on October 5, 2021, at 10:30 am. “Montana Ghost Towns: Photography of Denes G. Istvanffy” will cover more of Istvanffy’s background and personal history, as well as an exploration of the ghost towns themselves. Montanans continue to explore and study these fascinating sites, and, as some of those sites disappear, Istvanffy’s work provides the opportunity to revisit these places long into the future. Kooistra will offer a unique perspective on this exhibit and its place in Montana’s cultural history.

The exhibit of “Montana Ghost Towns: Photography of Denes G. Istvanffy” is on loan to the MSU Billings Library and will be on display on the 2nd floor of the Library until Novermber 2, 2021.

By age sixteen, Denes G. Istvanffy was an award winning photographer in his native country, Hungary. In 1948, he emigrated to the United States and eventually settled in Billings, Montana. He was passionate about Montana ghost towns and mining camps and began photographing them in 1957. He was particularly drawn to nineteenth century mining towns, such as Bannack, Virginia City, Elkhorn, Marysville, and Garnet. Under a license from the Montana Centennial Commission in 1989, Istvanffy choose 30 images from his collection of nearly 1,000 to create this traveling exhibit. For Istvanffy, the photographic possibilities were endless and the images of mining in Montana were fairly recent and close to hand. “Montana Ghost Towns” provides a look at our shared past and continues to be relevant to new generations.

Kevin Kooistra, MA, Executive Director, Western Heritage Center. Kooistra has over 25 years experience at the Western Heritage Center, developing extensive expertise in a wide array of Western history topics. In addition to research and exhibit curation, he has a tremendous passion for outreach and education, bringing relevant local history topics to the Billings community whenever possible.

Kooistra has an undergraduate degree from Montana State University, and a Master’s in Applied Anthropology from Northern Arizona University. He has served on numerous boards and community organizations, including the Extreme History Project, Yellowstone Historic Preservation Board, the Visit Southeast Montana Board, and Billings Cultural Partners. A frequent presenter at professional conferences, Kevin consults with the Yellowstone Historic Preservation Board, served on the Museums Association of Montana Board for seven years, was an advisor for the Museum Loan Network’s national project,Connecting Stories: Connecting

Objects, and is an active leader in the Extreme History Project. He has received the Billings Chamber of Commerce Award for Tourism Excellence and is recognized as one of the leading experts on Montana and Yellowstone Valley history.

The lecture is cancelled due to inclement weather.

Montana is one of the best places on Earth to explore the end of the Age of Dinosaurs. Exposures of the Cretaceous Hell Creek Formation are found throughout much of the state and contain fossils of some of the last non-avian dinosaurs to have roamed this area, including the carnivorous Tyrannosaurus rex and the horned Triceratops. Today, paleontologists continue to explore ancient Montana and are making new discoveries about how these and other Cretaceous creatures lived, grew, and evolved.

You can view a recording of Dr. Urbaniak's presentation at MSUB Library Lecture Series: Men of the Cave - The Excavation of Empty Gulch

Now known as Pictograph Cave State Park, Empty Gulch was excavated under the auspices of the Works Progress Administration (WPA) from 1937 thru 1941. During the excavation, Eastern Montana Normal, now Montana State University Billings, served as a base for cleaning and cataloging artifacts recovered from the excavation. This lecture will explore aspects of the project that include the school’s role in the management of the excavation, how artifact locations can still be referenced at the site, examine new photograph compilations of the original excavation, and other tales and tidbits from the project.

For 20 years, Dr. Timothy Urbaniak led projects that explored archaeology and history through applications of technology as Director of the Montana State University Billings Archaeological Field Team.  He has been retired emeritus for four years following his 29th year of teaching in the Drafting and Design Program. He currently manages TRU Technologies LLC, a company specializing in applying technologies to historic, archaeological, and anthropological research and continues to research historic inscriptions on the Northern Plains.

October 26, 6:30 p.m.
The Shape of Montana: The Geology Behind the Treasure State – Dr. Sarah Friedman

You can view a recording of Dr. Friedman's presentation at MSUB Library Lecture Series: The Shape of Montana: The Geology Behind the Treasure State

Montana’s variable landscapes are the result of many geologic events. Initial cooling of the Earth created the foundation for what will become Montana. From there Montana has been submerged under shallow ocean, and uplifted to the highest heights. Volcanoes have periodically dotted the landscape and are responsible for the creation of rich mineral resources that give Montana the nickname of “the Treasure State”.  All manner of creatures have called Montana home, from trilobites to dinosaurs to mammals as Montana travelled from the south pole to its current location in the Northern hemisphere.