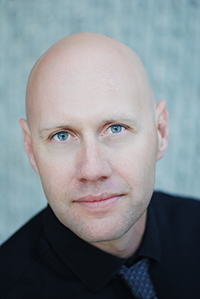 John Roberts is the Assistant Professor of Low Brass at Montana State University – Billings.  He earned his Bachelor of Arts in Music Performance from Montana State – Billings and received his Master of Fine Arts in Western Orchestral Trombone Performance from California Institute of the Arts.  He also conducts the Jazz ensembles and teaches World Music.

Professor Roberts regularly works as a clinician, adjudicator and guest artist, continuing to hone his skills as an educator by sharing the “real world” of music with his students.

Professor Roberts continues to free-lance as a performer, band leader, recording musician, arranger and composer with numerous commercial groups in Los Angeles and Montana, as well as internationally.