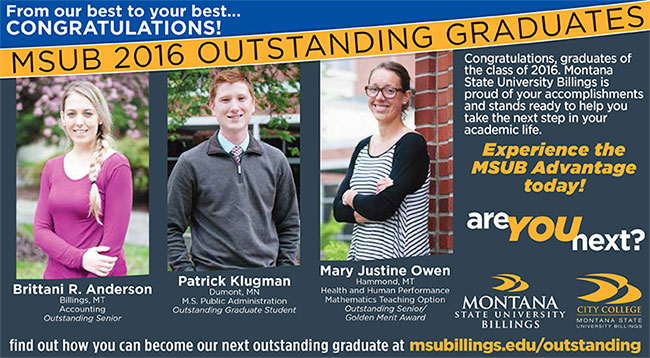 Outstanding Seniors, Graduate Student, Golden Merit Award recipients will be recognized at this week’s convocations
The 89th Commencement Ceremony will be held Saturday, May 7.

MSU BILLINGS NEWS SERVICES — They represent academic achievement, campus and community involvement, and leadership. Two MSU Billings seniors and one graduate student have the distinction of holding the university’s most prestigious student awards.

Recipients will receive special recognition at this week’s college convocation and commencement ceremonies.

Awards are given to students who have exemplified both personal and academic achievement at MSU Billings including their citizenship and potential for future success and achievement. 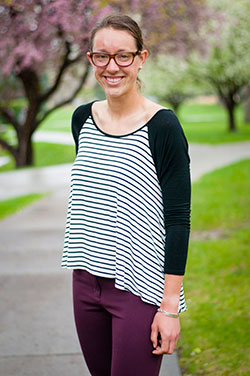 Being a fulltime college student is a fulltime job. And for student athletes, there’s additional work at the end of the day and on weekends.

As a student-athlete, Mary Owen, of Broadus, excelled in both arenas and still found time for leadership in campus activities, community service to Billings’ underserved Southside and engagement in extracurricular activities such as summer work in wilderness areas.

Recognized for achieving those high marks, Owen is this year’s recipient of the MSU Billings Golden Merit Award and is one of two recipients of the Outstanding Senior Award.

Her nominator said, “Simply put, and expressed in what sounds like hyperbole but definitely is not, Mary Owen is as outstanding an undergraduate student as I have encountered in 40 plus years teaching. There literally is no area of achievement in which Mary is not exceptional.”

An enthusiastic and dedicated student, the 24-year-old will graduate this weekend with a degree in health and human performance with a mathematics teaching option, and a nearly perfect GPA.

As a cross-country, track athlete for the MSU Billings Yellowjackets for four years, Owen was inducted into the Athletic Honor Society. She was named an honoree to the GNAC Track & Field All-American team four times—only the eighth woman in GNAC history and the first from MSUB, to have made the list four times.

“My experience as a student and as an athlete has had a profound impact on me,” Owen said. “When you are a part of a community, it does so much to enrich your life. For me, it makes me want to give so much more back.”

And in her busy schedule, she has found time to do just that. Owen has served in several student leadership positions

, including vice-president for student government. She has twice served her college as a teaching assistant and been an exceptional Noyce Scholar and Honors Program student.

In addition to campus involvement, Owen volunteered her time with The Friendship House, which serves Billings’ Southside community youth in a wide array of after school and summer programs. She developed an entire curriculum for this upcoming summer program.

She has simultaneously been working at Skyview High School as an assistant cross-country coach and assistant coach for track this past year.

But more important than all of Owen’s academic, athletic and community service achievements, her nominator said, are her resolute character, her sincere respect for others, her indomitable work ethic, her steadfast values, and the honor she brings to her every endeavor. 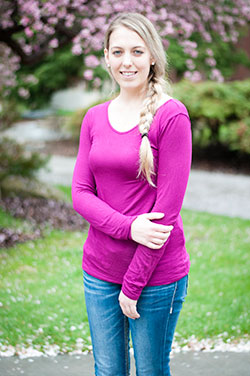 Insight into what makes Brittani Anderson an exceptional student was conveyed by faculty in the College of Business: she has shown leadership, concerns for society and dedication to hard work.

“Brittani has been an amazing young lady and an excellent example of MSUB graduates,” a nominator said. “She has contributed greatly to the university and community.”

She is a prime example of excellence, and her tenacity is what sets her apart.

While in high school, Anderson didn’t think she would pursue higher education, until her senior year when teachers and friends really encouraged her and pointed out her strong math skills.

“I’ve always had an appreciation for numbers and structure. But I just never really thought about going to college,” the first-generation, soon-to-be college graduate said.

Saturday, the Billings native and standout college student will cross the stage at MetraPark with a bachelor’s degree in accounting as one of two 2016 Outstanding Seniors.

During her time at MSUB, Anderson served as the Accounting Club’s president and secretary, and as a member of the Accounting Financial Women Alliance and Montana Society of CPA’s. She served on student government and the Student Activities Board, and was a residence hall assistant.

In the community, she volunteered her time with VITA, a tax assistance program for low income individuals and families. She is also a member of the Accounting Financial Women Alliance, a professional affiliation with a network of successful, motivated and influential professionals who understand the unique position of being a woman in the industry and who, together, contribute to the future development of of their profession.

“I never believed I was capable of such an award,” the 22-year-old said. “But hard work really does pay off. It’s cliché, but true.”

Her internship supervisors at Wiplif Accounting and Consulting Firm appreciated her hard work so much that they’ve offered her a fulltime position beginning in September.

“I’m really excited for my future and appreciate all the opportunities that have been given to me,” Anderson said. “I’ve learned that if you just apply yourself, you can do whatever your heart desires.” 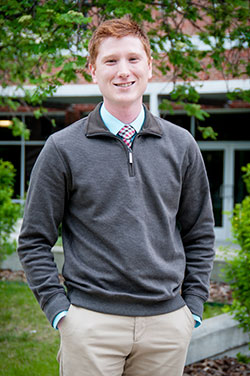 Demonstrating excellence in the classroom, providing leadership on campus and displaying citizenship in the community led Patrick Klugman to being named the 2016 Nels Christiansen Outstanding Graduate Student of the Year.

“I don’t think I’ve ever had a more professional student in the MPA Program,” his nominator said. “He continuously set the standard for the other students.”

The 27-year-old from Dumont, Minn., completed the Master of Public Administration program at the end of December with a nearly perfect GPA, all while working a fulltime job. He came to class straight from work, usually dressed in a button-up shirt and tie.

“Working fulltime and attending night classes was never easy, but always manageable because of the compassion and drive exhibited by all of my professors,” Klugman said.

Beyond his studios nature, Klugman was always willing to offer a helping hand to others, his professor noted.

His commitment was clear by the end of his first semester, honing in on a new career goal of a planning-related profession.

“When I think of success, I think of an engaged community that is collaborative and comes together for the betterment of the community,” Klugman said.

It didn’t take long before he was appointed to the Billings Planning Board as well as a graduate assistant. These positions were well executed, a faculty member said, and had no noticeable negative impact to his grades or attitude. “If anything, he became more energized.”

His education and passion helped secure a job with Big Sky Economic Development as its community development project manager, a position he started in March.

“I feel he is just getting started,” his nominator said. “Patrick Klugman is a name we will be seeing a lot of here in Billings.”