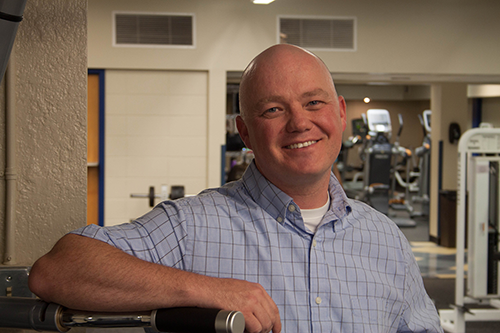 MSU BILLINGS NEWS SERVICES — Where worn out carpet once lay, student athletes and those wanting to stay or get into shape now find plush flooring and a vista of new equipment in the Montana State University Billings rec center gym.

The renovations, 15 years in the making, mean there are now about 600 square feet of new space in the work out room and some 20 new stations.

In between free-weight reps, radiology major Kyla Chamberlain said the remodel and additions to the student facility were a marked improvement.

“Before, it was clustered and hard to work out,” Chamberlain said. “There wasn’t a lot of room. Now, it’s nice.”

She said before the remodel some of the workout equipment looked “sketchy” and she hesitated to use it.

“The equipment is now new and it looks safe,” Chamberlain said. “There are a lot more to choose from, too. It’s important to work out for mental and physical fitness so I think it’ll be a lot easier with the improvements they’ve made down here.”

As an outdoor enthusiast from Colorado, staying in peak physical condition is extremely important for the sophomore. After injuring her knee as a high school student, Lovato is keen on making sure it doesn’t happen again and she hits the gym regularly. 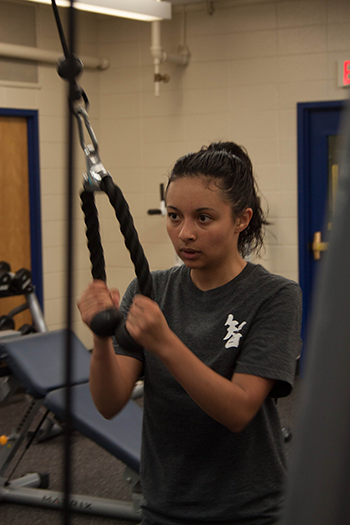 Lovato says the upgrades are day and night compared to last year.

“Before, this gym said, ‘small college gym,” Lovato said. “But, Billings has a lot more going on and now this gym is keeping up. This gym will help encourage students to attend. The renovations are a big improvement.”

So far, Lovato is really impressed with the new assisted pull up and squat machines.

She and Chamberlain are in the gym almost daily, when they aren’t enjoying Billings’ other outdoor activities.

“For students whose lifestyle is in being outdoors or sports the gym is an important part to that,” Lovato said. “Now, we don’t mind being in here all the time.”

Recreational Director Aaron Murrish said the gym is now about 3,200 square-feet with the new space and it boasts several new mirrors, increased air flow and several new machines. Many of the elliptical trainers, as well as weight machines have been replaced, as have free-weight pieces on the floor.

As the cost is included in tuition and fees, MSU Billings students can utilize the gym free of charge.