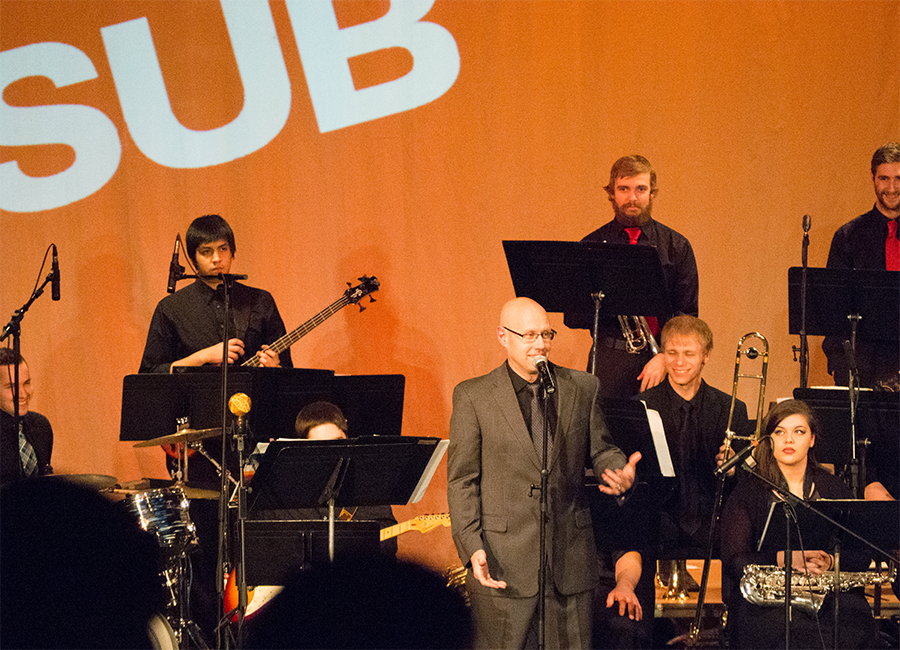 The album’s seven tracks are influenced by an eclectic mix of Cuban Son, Conglogese Soukous, sounds from Mexico, American soul and jazz and more. Click here for a sampling of the album.

“There’s even a touch of baroque,” Roberts said. “All of the music comes directly from experiences I’ve had, from my time playing in Los Angeles and touring and playing with artists from around the world.”

For instance, track two, “Bimwela,” tells the story about a guitar player Roberts met in L.A. that grew up in Kinshasa, the capital of the Democratic Republic of the Congo.

“He learned to play guitar on one that he built out of a coffee can and he grew up to be one of the most called upon guitar players in the world,” Roberts said.

The song is one of Roberts’ favorite on the album, depending on the day. The other is a song written for one of his children.

A common thread through the album is the dancability of it, as all of the songs are rooted together by an African heritage, Roberts said.

A decade ago, Soul Y Pimienta,wouldn’t have been possible said Roberts and he’s glad to be releasing the work in Billings.

“Ten years ago I didn’t have the maturity … and I wouldn’t have been able to get my point across. Today, the album says what I want it to say,” he said. “I think it will have more of an impact here than in Los Angeles or New York, where the markets are so saturated. It’s not unique there but it definitely is here.” 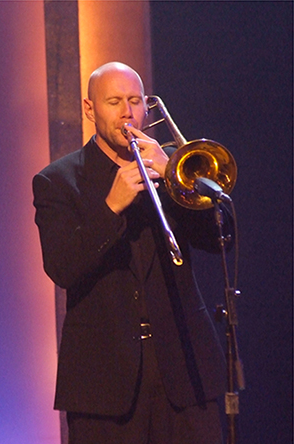 Roberts said the area and university have been very supportive of his music, both inside and outside the classroom. The album was made possible in part by funding through a MSUB Creative and Research Endeavors Project grant.

CARE grants are awarded to faculty for research, equipment, academic projects and other scholarly activities by the Provost. Roberts said the additional funding helped bring in international musicians to collaborate on the album.

“I was able to get musicians that represented Angola, Democratic Republic of the Congo, Puerto Rico, Argentina and Mexico, as well as having some funds for additional sound engineering with the CARE grant,” Roberts said.

Roberts earned his Bachelor of Arts in Music Performance from Montana State Billings and received his Master of Fine Arts in Western Orchestral Trombone Performance from California Institute of the Arts.

In 2016, he was awarded a faculty excellence award.

Additionally, Roberts has been key to resurrecting MSUB’s Jazz Festival. This year, the event will be held on January 27. Over the past years the festival has drawn in many middle and high school bands for workshops and adjudication with world renowned artists. The festival ends with a concert that is open to the public.

This year, the guest artist is Katisse Buckingham, a versatile and groundbreaking saxophone and jazz flutist.

“Katisse is one of the leading faces in contemporary jazz today,” Roberts said.

Prior to joining MSUB in 2013 he toured, recorded and performed in L.A., around the United States and internationally.

On Friday, November 4, Roberts is hosting a release party in Billings for Soul Y Pimienta.  For more information or to purchase a copy of the album visit Robert’s website.