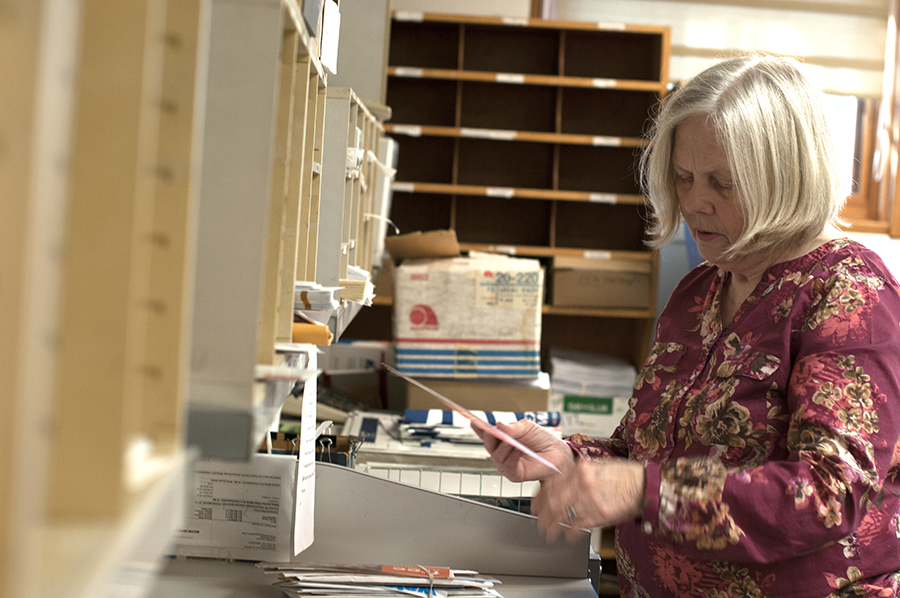 After 27 years working in the University print shop, Barbara House is retiring.

“The people, definitely, were the best part of my job,” House said. “I love everyone here.”

House began her tenure at MSU Billings in a temporary role. She has been the print shop manager for about 20 years.

“After my supervisor retired, about six or seven years into being here, I was promoted to manager and I really liked the role,” House said. 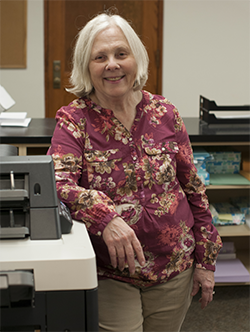 Over that time, the 66-year-old Billings native has seen a lot change in her job mostly driven by rapid advancements in technology.

When she first arrived on campus, posting syllabi and newsletters online was not yet an option. The press shop hustled to meet the needs of faculty and staff and often printed at least 30 newsletters a month, lecture notes and more.

While the shop continued printing items like booklets for commencement and convocation, as well as notepads, fliers and posters, the overall volume of jobs declined with the growth of the internet.

“We used to have a full-time press operator and five work study students,” she said.

With the remodeling of McMullen Hall about 10 years ago, the print room relocated and large archaic equipment was removed. The department is now much smaller and next-door to the mailroom.

These changes allowed House to begin working in the mailroom to supplement her job duties.

Technology drastically reduced the number of packages going in and out of campus as well.

“Back in the day, we could have 238 packages delivered in a busy day. Today, 40 packages is a busy day,” House said. “Everything has really changed.”

Working in the mailroom came with some benefits, she said, namely getting to know more people at MSUB.

“The print shop used to be off by itself, mostly, and you’d only see people if they needed something. I’ve gotten to know students and more colleagues and that has been really fun,” House said. 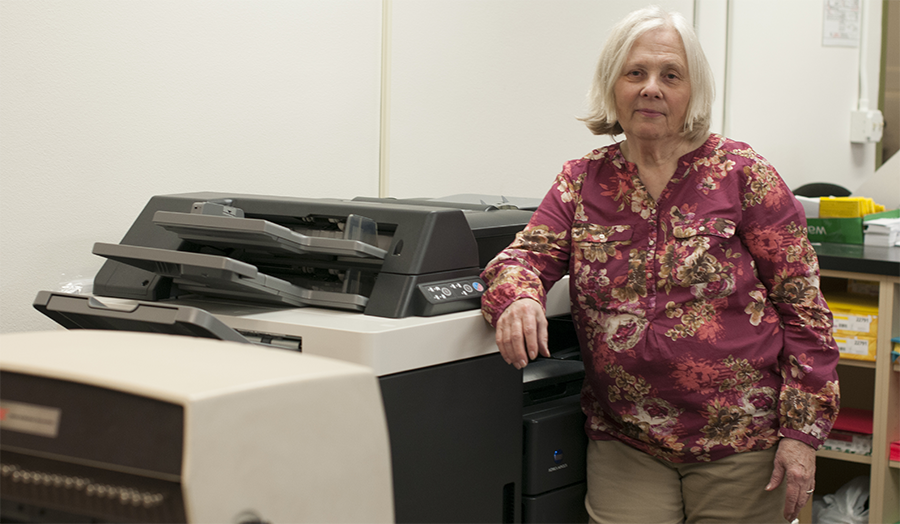