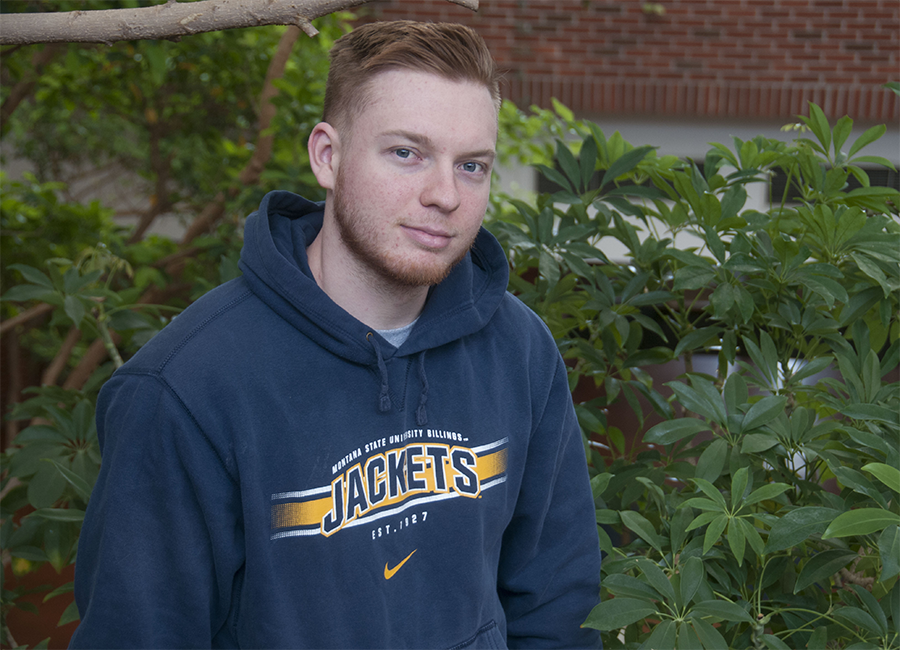 When Patrick Fielding began taking classes at Montana State University Billings he never dreamed of being elected as a senator of the Associated Students of MSUB (ASMSUB).

However, this fall, just that occurred. In fact, Fielding, 21, and a human services major, says life has spun 360 degrees since moving from Walnut Creek, California to Montana.

“I was very anti-school in high school and definitely nobody special,” Fielding said. “I didn’t play sports, I wasn’t involved in any clubs, and I didn’t go to any school activities. I did my school work, got decent grades, and got out of there as soon as I could.”

However, a recruiter of MSUB visiting his Northgate High School in the suburb of San Francisco where he grew up made a connection and spurred an interest in Fielding to visit the university.

“(The recruiter) knew that I wouldn’t be a number here and I would be at another school,” Fielding said. “One of the first things I remember when I visited the campus was seeing a sign that said, ‘Welcome Patrick.’ I didn’t get that kind of interest anywhere else.”

Fielding has continued to be impressed with the level of commitment and buy-in the university has given him during his studies, including from other students.

“There’s always something to do. Students invite you to play Frisbee, go to the gym, or even play a board game. All you have to do is step out of your room and be willing to step outside of your comfort zone and you’ll have something to do,” Fielding said.

One opportunity for risk that Fielding jumped upon was becoming a resident advisor during his sophomore year.

“That really opened me up and grew me as a person,” Fielding said. “It boosted my confidence.”

That experience, in part helped him chose to run for student senate. Having current ASMSUB President Greg Dicharry as roommate his freshmen year didn’t hurt, either.

“Greg was really passionate about the senate,” Fielding said. “He helped talk me into it.”

While on the senate, Fielding hopes to raise awareness about the organization on campus. He also hopes to talk up the school and get other students involved.

“We have such a great university here. It’s affordable and the experiences and opportunities we have are wonderful. The education and internships, the level of employment afterward, students should be proud of MSUB,” he said.

After graduation, Fielding is considering a career in law enforcement or assisted living facility management.

Along with Fielding, the following students were elected to ASMSUB.