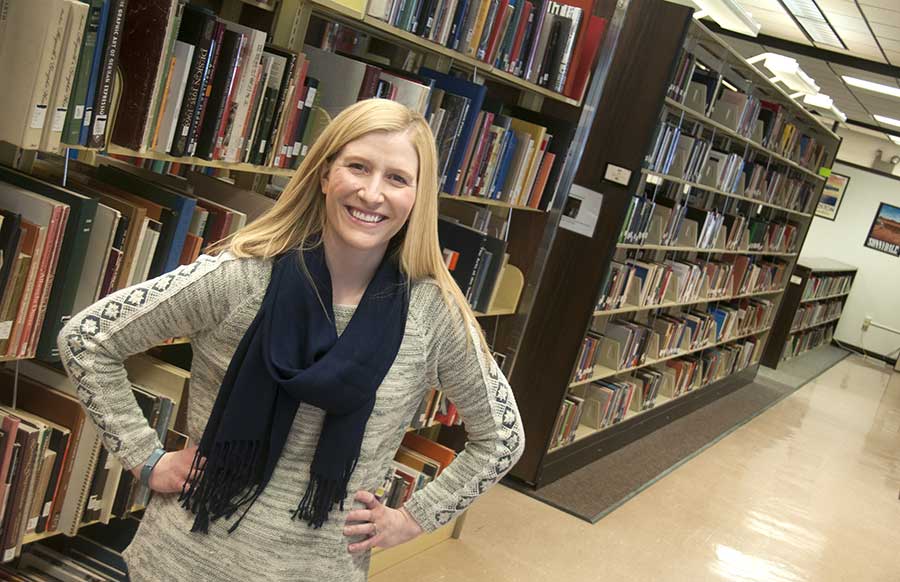 Megan Thomas always kind of knew she’d be a librarian.

Her passion for knowledge, books and a belief in equality and freedom of access to information makes the library a sanctuary, and a place where her career is blossoming.

Thomas, 33, was named the Montana State University Billings interim library director in early September after the departure of Brent Roberts, who had served as director for six years but accepted a library dean position in Virginia.  Thomas  worked as the library’s administrative associate from 2008-2010 and then as its reference and assessment librarian.

She will serve as interim director for a few more months, until the University completes its national search for Roberts’ successor.

“It’s been such a great experience,” Thomas said. “I’ve been challenged, in a good way, and have learned a lot – like managing people. I hadn’t done that before.”

In addition to flexing her skills, she said, “I’ve learned a lot about myself and what I can do.”

The library has a staff of eight people and a number of work study positions.

Even though Thomas isn’t throwing her hat into the ring for the permanent director’s job, she’s excited. 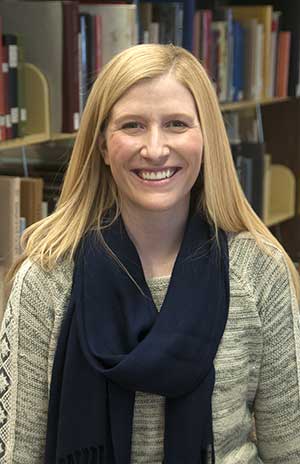 “This is such a great place,” she said. “We encourage group work; this isn’t a quiet library. You won’t find a ‘shushing’ librarian here.”

After graduating from Billings Senior High School in 2002 (as the class valedictorian), Thomas attended Montana State University Bozeman and graduated with a Bachelor of Arts in English in 2006.

Upon returning to Billings, Thomas began her career at MSUB. Her first role was as an administrative assistant with the Office for Community Involvement.

She began working at the library, as an administrative associate in 2008 and was promoted to reference and assessment librarian in 2010. That same year she graduated from North Carolina Central University with a Master of Library Science.

She helps manage important projects at the library, like the lecture series and digital collections.

“No two days are alike,” Thomas said of the library. “The most challenging and rewarding is working at the reference desk. Anybody can ask you any question and you never know what to expect. It’s always fun to see what the students are researching.”

In the future, Thomas said she may go for the library director role.