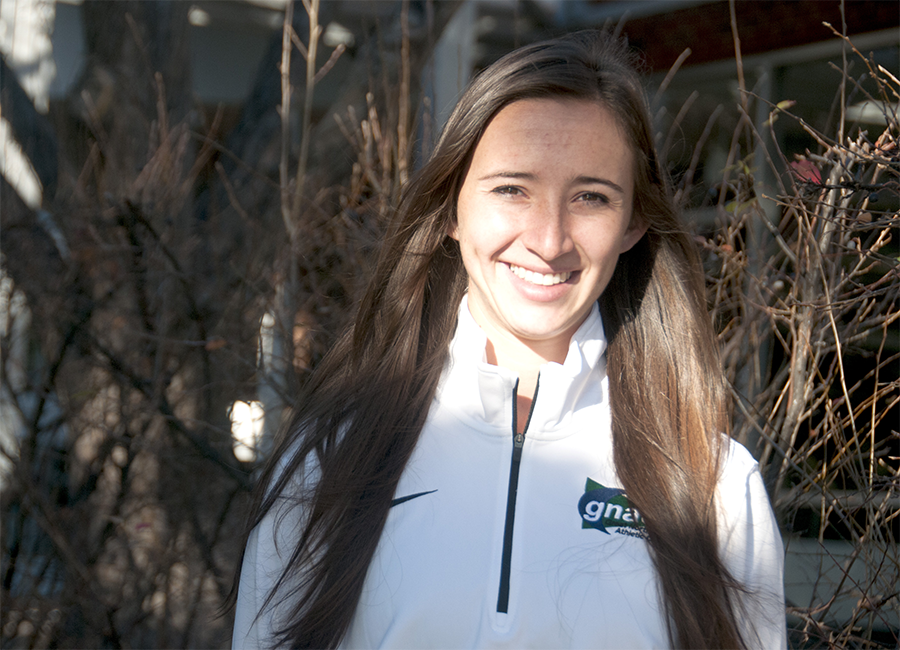 Having played soccer since the age of four, it’s no surprise that many universities scouted Dana Lubieniecki in high school, including Montana State University Billings.

In May, Lubieniecki will graduate with a bachelor of science in health and human performance and on Saturday, November 19 was one of seven student-athletes from across the Big Sky state to receive the 2016 Montana Athletes in Service Award.

The award is sponsored by Montana Campus Compact in recognition of the impact student-athletes have on their communities through volunteerism and civic engagement.

The student-athletes were recognized during the “Brawl of the Wild” football game and presented with their awards by Gov. Steve Bullock.

The Denver, Colorado native was nominated for the award by Evan O’Kelly, MSUB athletics director of communications, who stated the midfielder deserved the accolade due to her stellar performance on the team, dedication to community service, leadership and more.

“Dana is a humble student who leads through her example as an example as an academic all-region student, and an all-conference player on the field,” O’Kelly’s nomination stated. “These strong leadership traits are perhaps best reflected to her service to the university and Billings communities, as she truly cares about helping others and being involved in the development of those around her.” 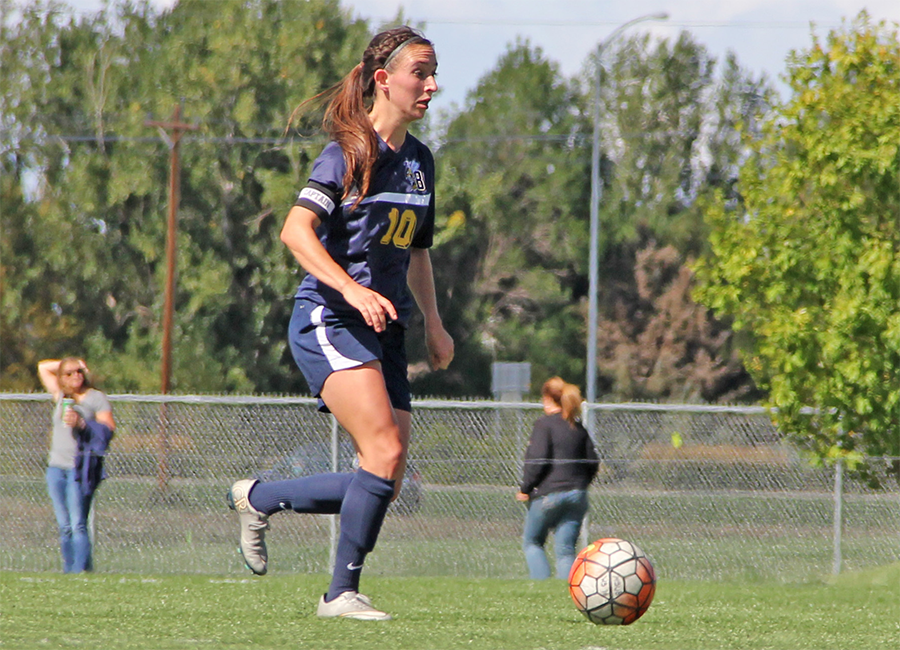 As a senior captain, this year Lubieniecki started all 17-games, was the team’s lone four-year player and helped the Yellowjackets wrap up the fall season with a record of 4-10-3.

She also serves as the vice president of the MSUB’s Student-Athlete Advisory Committee and is a research assistant.

“Billings is such a tight-knit community … when you help support people and then you see them at your games, that’s cool,” said Lubieniecki, who with her team completes roughly 100 hours of community service a year.

“I wanted to come to MSUB because it’s a smaller school and the community is awesome,” she said. “The interactions and opportunities, like being a research assistant, I don’t think I would have had those at a bigger institution.”

After graduation, Lubieniecki plans on returning to Colorado and pursuing an advanced degree in physical or occupational therapy.