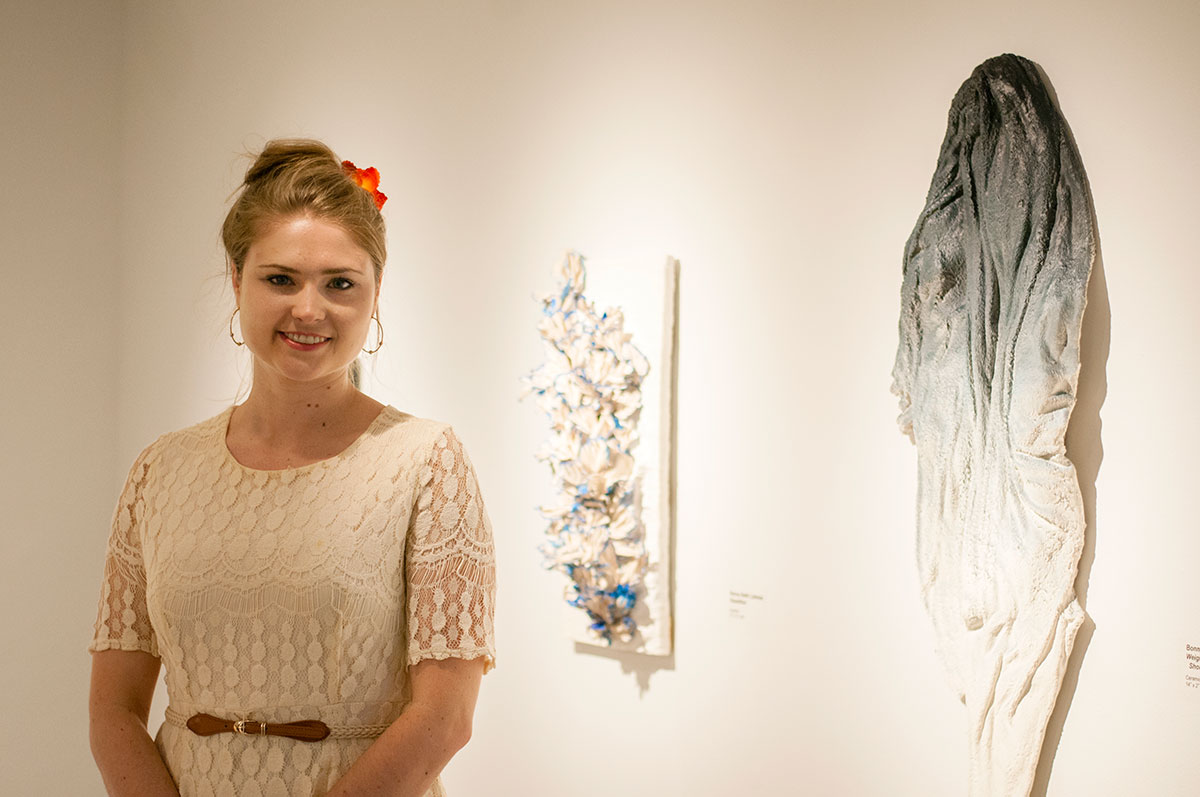 Had it not been for the encouraging words of Bonny Beth Leah Luhman’s parents the 25-year-old may have gone into physical therapy.

However, Dirk and Sandy Luhman lovingly told the spunky and articulate blond she “could do anything,” and the Rosebud native decided to pursue a degree in fine arts.

On Thursday, she was awarded the 2016 Outstanding Graduate in Art.

“If I could paint a picture of how excited I am … wow!” Luhman said. “This is such an honor.”

While Luhman enjoys working with all mediums, it was her sculpture that caught the eye of Catherine Louisa Eithier, owner of the Catherine Louisa Gallery in Billings which represents some 36 contemporary artists. Eithier was the guest juror for this year’s MSUB Department of Art’s Juried Student Exhibition held in the Northcutt Steele Gallery.

Luhman’s ceramic piece titled “Weight Off My Shoulders,” which received an honorable mention, was cast from a blanket she’s had since high school. The clay is finalized with air brushed paint. 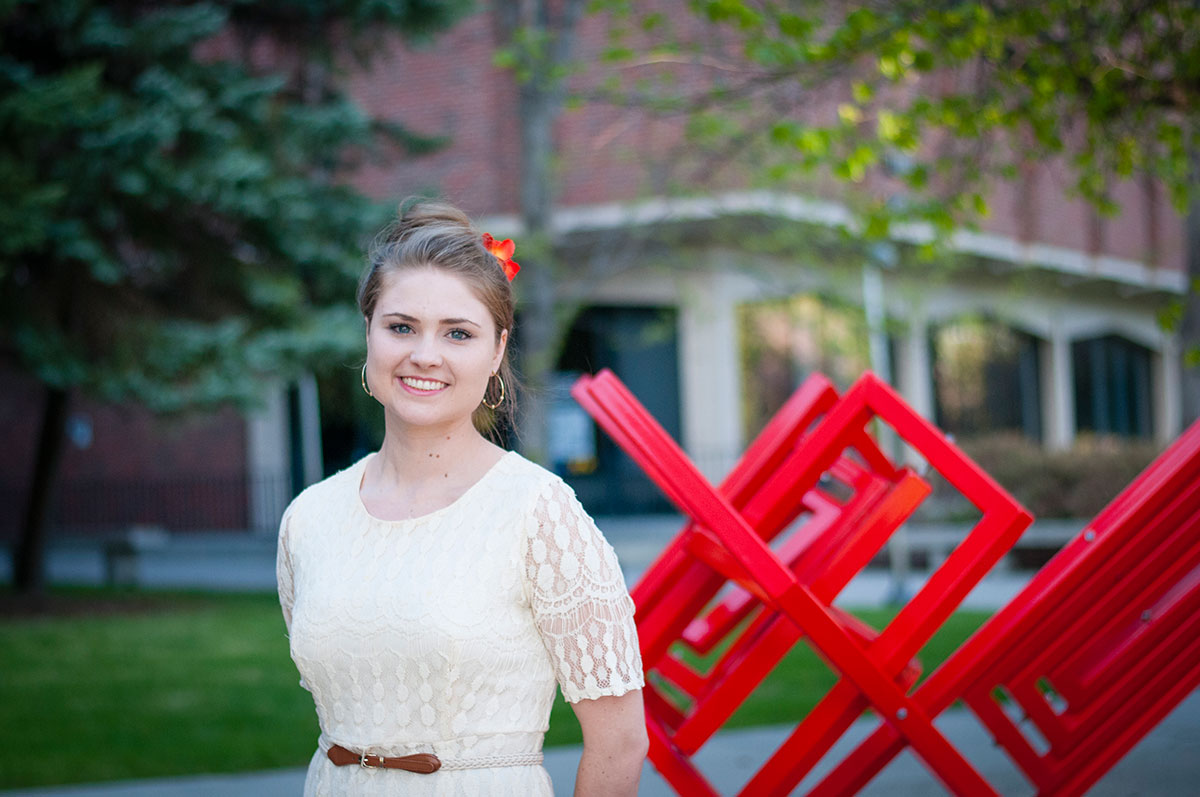 She said her inspiration came from wanting to express the feeling of being able to remove the weight and stress of working on multiple school projects while also working through her father’s medical issues.

“I feel like I said what I wanted to with the piece,” she said.

Luhman was drawn to expressing herself with art from a young age. With her mother confined to a wheelchair, if Luhman wanted to cuddle with her on the bed she said she didn't run out of creative ways to find a to join her.

“It’s all about problem solving, being creative,” Luhman said.

Which is why the soon-to-be graduate isn’t worried about what’s coming next.

“I think the fear of the unknown is always in our hearts. But that’s the beauty to being creative and problem solving and I’m excited. I feel like something is going to happen,” she said.