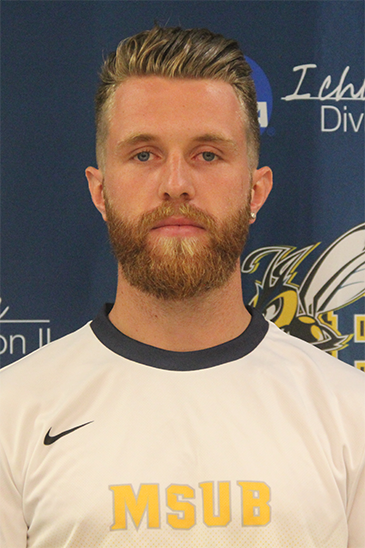 When did you start playing soccer?

“I was six-years-old when I started playing at a local club in South Africa, called Durbanville Athletic Football Club, for about 7 or 8 years, actually the whole time I lived in South Africa. But I played other sports too like rugby and cricket. But I broke my collarbone in rugby at a young age so I thought to myself, ‘It probably wasn’t the sport for me.’”

What made you decide to move to the U.S. to play soccer and go to college?

“When I moved from South Africa to the UK when I was 15, I went through a big culture shock and I really did enjoy that change, so I looked for a similar experience. Plus sports aren’t really a big focus in universities as it is in American schools. I wanted to keep playing soccer while being able to get an education as well.”

How did you sign to play for MSU Billings soccer?

“Through a recruiting company called First Point USA. How it works is you sign up and go through an interview process with them and take your SATs because you have to get a good grade along with video footage. Then you go through a range of soccer games set up with other clients trying to do the same thing. They get footage from those games and they’ll pull up a video of you personally and put it online for coaches to see. At the end of the year they pick the best players from the footage and invite them to a showcase game in London and college coaches come up from America. My former coach Dan McNally came and spoke to me straight after the game and as soon as he spoke to me I was sold. I signed my letter of intent as soon as I could.”

How much did you know about Montana before starting college here?

“I knew it was a very big state. Geographically I was okay with knowing the states but I didn’t know too much about the culture. I guess other people told me Montana is like cowboys and hunting, but I didn’t want to make those presumptions about it because it could be very misleading. I did not know basically anything about Montana but as soon as I met my coach I did loads of research to see what there was to do around Billings.”

What is your role as a captain on the soccer team?

“I am a team captain this year with Rhys Lambert and we have different leadership styles. He’s more the extrovert on the team. He has the stern voice and people really listen to him. Obviously everyone on the team reacts differently to criticism, advice or adversity. I consider myself a softer voice and a person the team knows they can come to for advice if they’re going through a difficult time, if they don’t understand something or even if they just want to vent a little.” 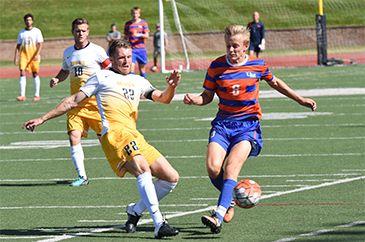 What are the difficulties of being both a student and an athlete?

“In my first semester here at MSUB we had a really good fall season for soccer and were close to qualifying. We had such success on the field. I got a bit caught up in that and then trying to find that balance of knowing when to stop enjoying yourself a bit too much and having to sit down and focus can be certainly tricky. My first semester at MSUB was extremely tough academically and I did not do nearly as well as I could have. The spring semester when we didn’t have soccer we were able to find that balance and that prepared me for the rest of my time here. Our coaches always say we are students first but obviously as an athlete you become so passionate about your sport. In most athletes’ minds you join because of the athletics, so sometimes it’s difficult to put your academics first.”

I know that you are president of the Student Athletic Adversary Committee. Tell me what that entails?

“Myself, along with everyone else on the committee, our job ideally is to bridge the gap between the community, the rest of the school and every other organization on campus. We want to find ways student athletes can help out more and be more involved in what we can do to make our community and ourselves better. Ideally we just want to do as much good as we can. Each team has a required amount of community service hours they need to do and SAAC as a committee has a certain amount of hours that we aim for.”

What is next for you after graduating this spring?

“After I graduate I want to do something called OPT, which is Occupational Practical Training, and it grants you one year of work visa anywhere in the states. But you have to apply for jobs as long as the job is in line with your degree. So you get to pick and choose where you get to go. My first choice would be in Las Vegas because my family recently moved there. But my second choice would be to stay here in Billings because I know it so well and I have a lot of friends here. In the long term, I would like to apply for citizenship. I think America is a good choice for my family and me. It has provided much opportunity. The lifestyle and culture fits my family and me better and I want to be close to them because my mom and dad are the ones who got me here in the first place.”