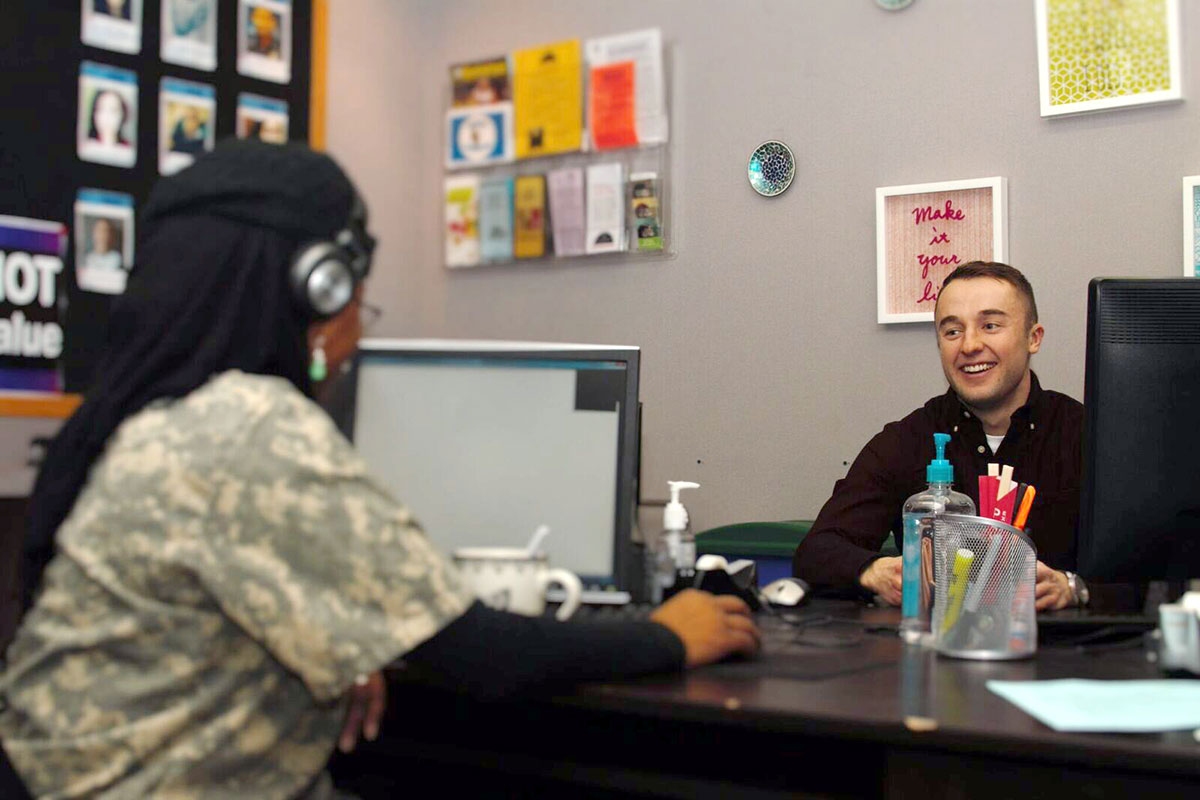 MSU Billings Diversity Center and Student Union Graduate School Coordinator Jeremiah Garneau is the first person to arrive on the spring semester’s premier day. However, it didn’t take but a few minutes for others to slink in and find a comfy spot on one of the center’s many sofas.

One of the first things you notice about Garneau is his kind eyes and quick smile. He offers that upbeat look while greeting an undergrad as she unpacks a laptop and then they chat about her winter break.

While Garneau’s official duties include mentoring specific students, much of his time is spent simply connecting with and making those who come into the Diversity Center feel comfortable. It’s a role he’s natural with and enjoys.

An openly gay man himself, Garneau knows a little something about how students can feel uncomfortable and struggle with their identity.

Growing up in the small town of Wibaux, Mont., the 24-year-old said his orientation wasn’t discussed.

It took just over a year being a student at Montana State University in Bozeman before Garneau decided to be open about his sexual orientation, but it took three years being gone from home to tell his family. At first they weren’t supportive.

“Today, I have a relatively good relationship [with my family] but some students are not that lucky,” Garneau said. 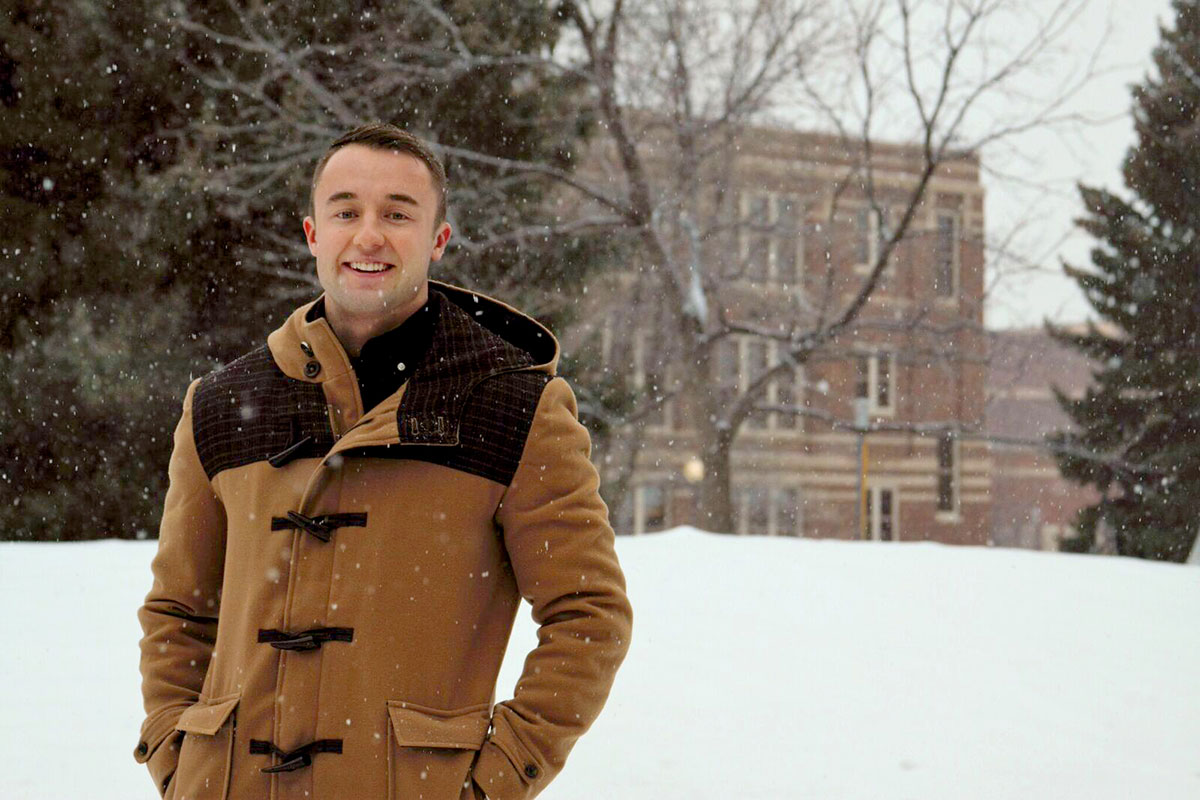 While Garneau has never felt discriminated against, he wasn’t sure if Billings was the right place to pursue his graduate degree in psychology. He plans on completing his degree in 2017 and then going after a Ph.D, to either pursue research or become a professor, “but probably both.”

“After spending five years at MSU Bozeman—it’s a much larger school—I didn’t think I would like it in Billings,” Garneau said. “But I actually like it a lot. Being in a smaller school has helped me form meaningful relationships that will last.”

He enjoys the comradery with his Diversity Center colleagues and the challenge of assisting other students. This week, Garneau is proud to see his work come to fruition during Power of One Week, as he served on the event’s organizing committee.

Garneau hopes the week’s mission to raise awareness and advocacy for LGBT+ community reaps positive rewards for the campus and Billings for years to come.

“It’s important to challenge the idea of the gender binary because there is a lot of misconceptions, and people make snap judgments about people,” Garneau said. “We’ve made this obsession about gender.”

By looking at gender as something that exists on a spectrum instead of male and female or pink versus blue, people will begin to question, “Why we even have to apply judgments to gender,” Garneau said. “And perhaps then, positive change can occur.”

The student organization OUT! at MSU Billings, which Garneau is becoming involved in, was excited that progress may be occurring on the state level to protect LGBT+ rights.  On Jan. 18, Governor Steve Bullock visited with Not In Our Town board members to announce his executive order making it illegal to discriminate against LGBT+ employees in state government positions. The student group applauded the move on its Facebook page.

Students around campus will probably see another project Garneau had a hand in: Post Secret U. The Student Union sponsored program invites students to anonymously and creatively submit secrets on postcards that will be distributed through Jan. 31 around campus. A locked box will be available in the SUB Atrium and cards will be collected in various spots. The cards will then be put on display in the SUB.

“The program is designed to promote mental health and foster a positive campus environment by giving students an outlet to express their voice and hopefully foster communication and perhaps show hidden issues that are important to students that the school wasn’t aware of before,” Garneau said. “The postcards also directs students to the Student Health Services if they need someone to talk to, but we aren’t singling anyone out.”

When Garneau isn’t working or studying, he’s probably participating on one of several volleyball leagues or watching a “non-mainstream film, something intellectual, like a documentary.”

A schedule of Power of One Week Events can be found here.