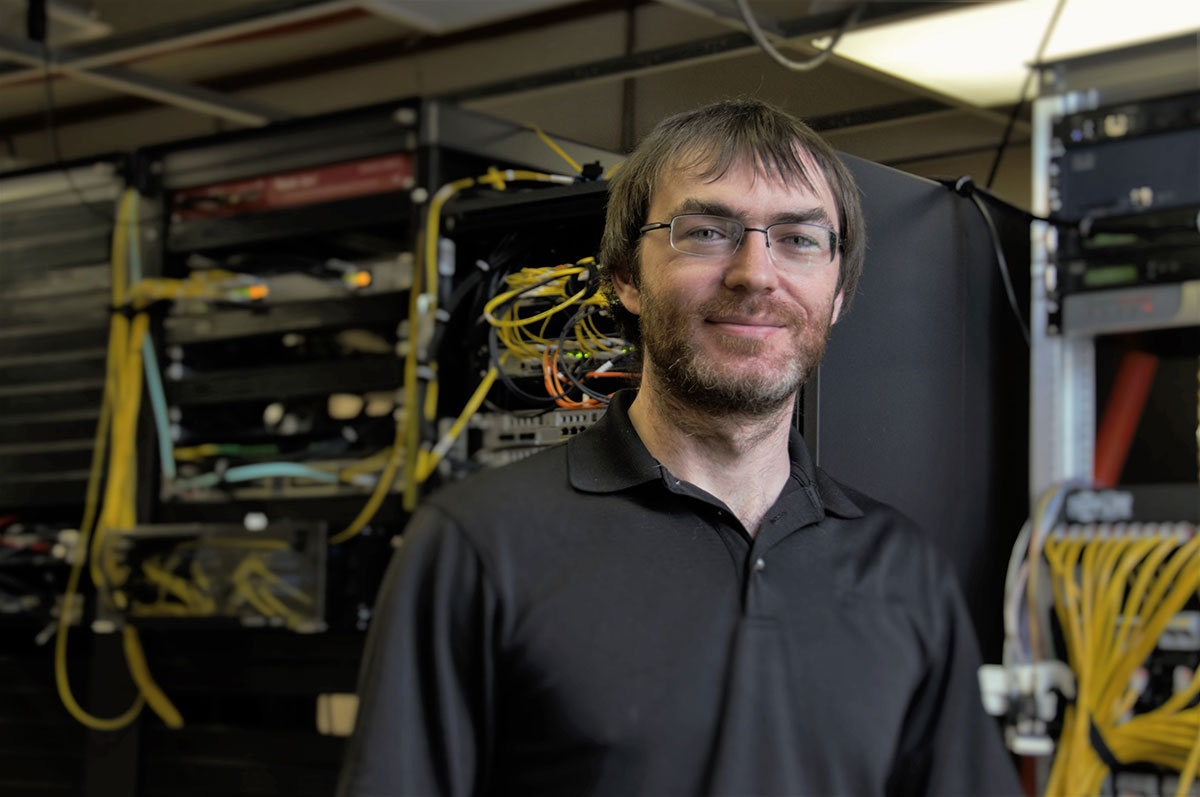 Tucked away in a non-descript room on the third floor of McMullen Hall is the campus’ data center.

“We’ve made this more efficient and have actually been able to take some of the pieces out,” Kerr said. “But all of this is the routers, firewalls, servers, the data storage for files and the website.”

Essentially, all the hardware and software keeping the university’s technology running, from the resident hall Wi-Fi to administration servers.

Kerr has been employed by MSUB for more than two years and is a City College class of 2012 alumnus, where he completed the Networking Technology Systems Program (formerly known as CST).

Kerr, who grew up in Lockwood, enjoyed playing video games as a child and took to teaching himself programming, building and fixing computers as a hobby. Later on, he would meet people with similar interests online.

“One of my friends wanted to start a …. business in Beaumont, Texas. So I flew down there and actually started going to school,” he said. “But it didn’t work out and I came home.”

Shortly after, he enrolled at City College. After graduating he took a job with a local wireless internet company but was soon hired by MSUB.

“I guess I’m doing something right because they gave me this job,” Kerr said, chuckling. “It’s been a great opportunity.”

The job is one that keeps him busy. In addition to the main data center, all of the buildings on campus have data center closets and a plethora of peripherals that are maintained and upgraded as needed.

He explained the time it takes to complete a project. Recently, the Wi-Fi in the gym was upgraded and the project took a few months from planning to having equipment installed.

“It takes a bit of time. You have to figure out the capacity and gather data, buy equipment and then go through Facilities Services for the install,” he said.

Other upgrades planned for this summer include making improvements to the Liberal Arts’ building Wi-Fi system.

“Keeping up with new technology can be difficult, but with the equipment and software we get we plan on maximizing the lifespan, so we’re not changing it every couple of years,” he said.

He’s also looking forward for his main office’s remodel to be complete within the coming months. A new cooling system for the data center room will show realized cost efficiencies. 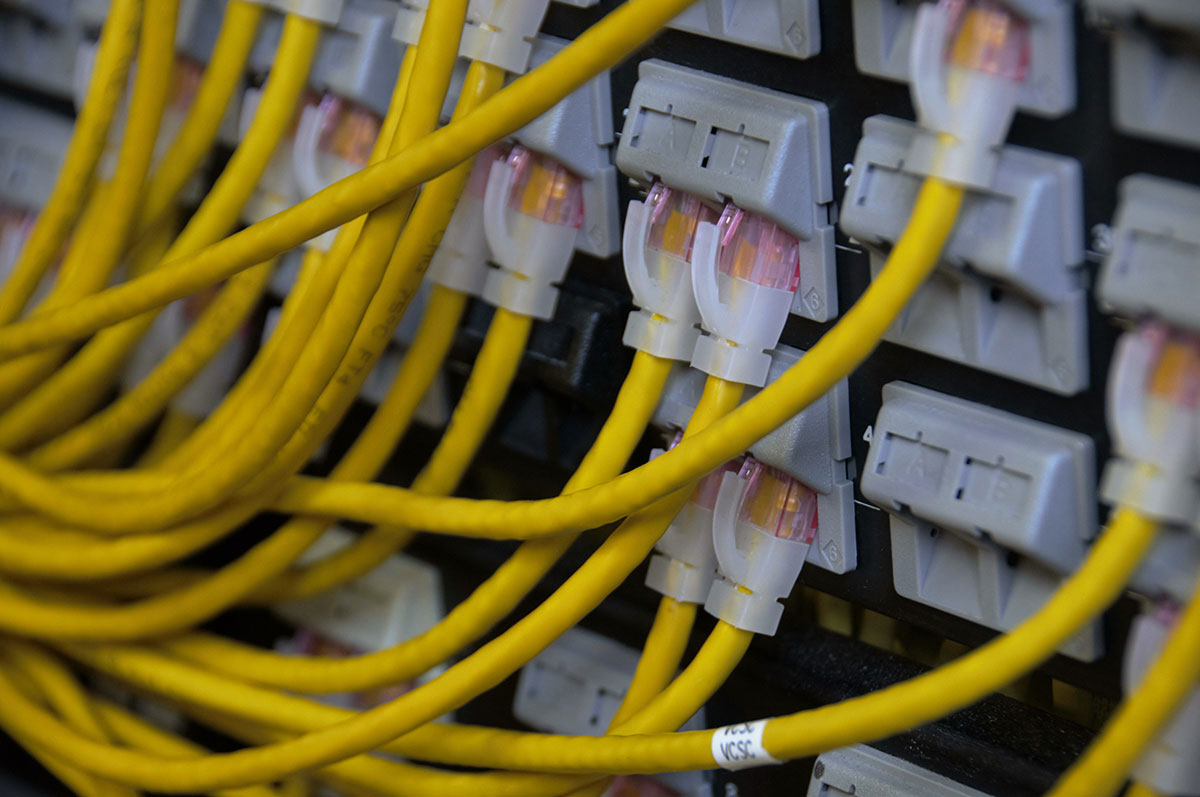