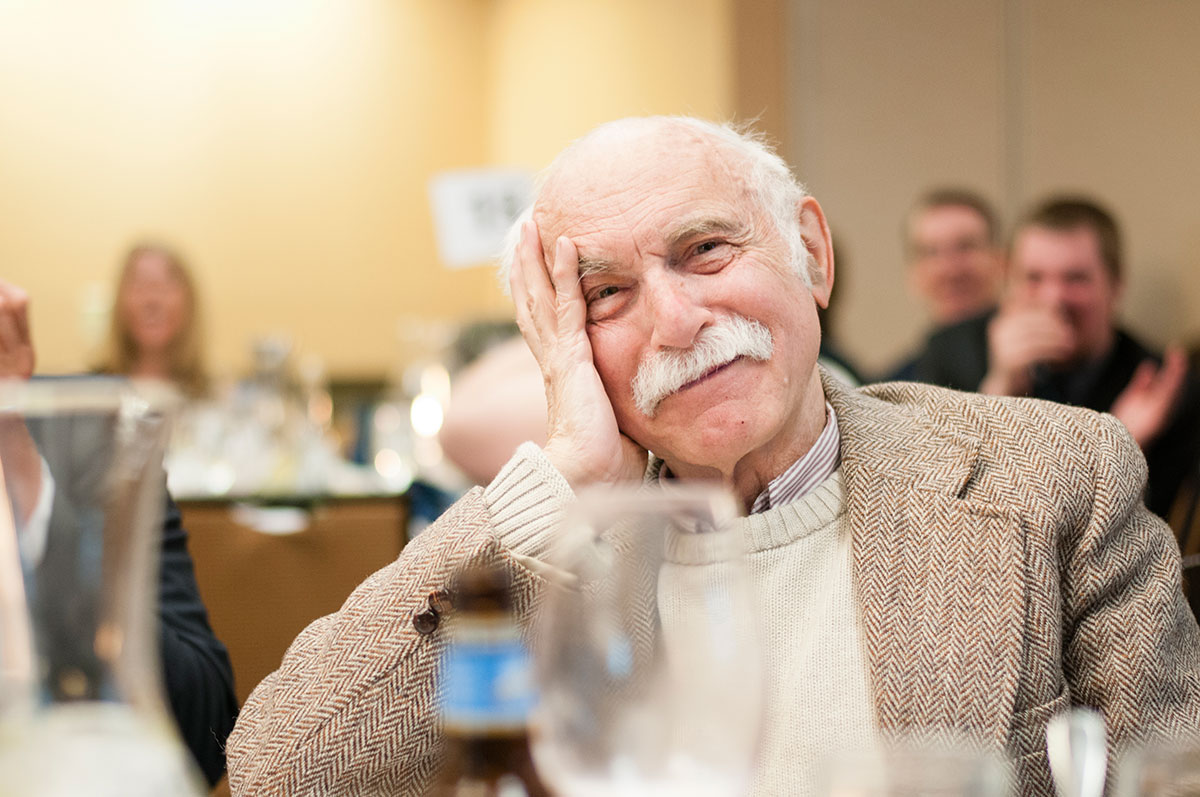 Professor Emeritus Dr. James Friguglietti reacts to a speech during the annual 2016 Outstanding Alumni Award banquet, where an alumnus mentions his experience as having Friguglietti as a professor.

Professor Emeritus Dr. James Friguglietti, 79, can be found most days in attendance at various Montana State University Billings events or in his office situated on the first floor of Cisel Recital Hall.

His space resembles a nest, with an assemblage of books, newspapers and other scholarly works that surround a desk and computer where Friguglietti is free to study, read and write and yes, sometimes nap.

“If you cleaned it up, organized it, I wouldn’t know where anything was,” Friguglietti said. “I like this, I like this.”

The perpetual bachelor lives just blocks from campus and quips, “I’m still one of the few people I know without a car. Can you believe it?” 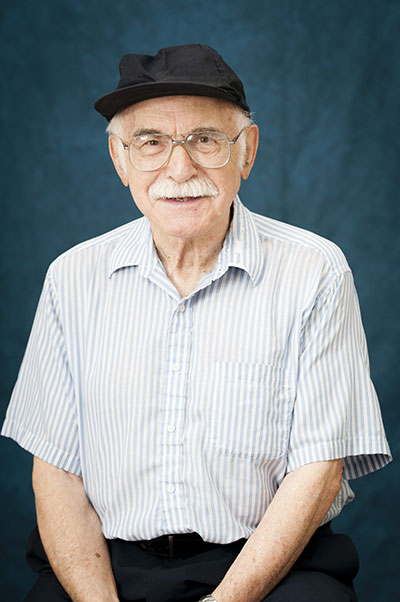 The retired history professor, affectionately known as ‘Doc,’ has been a campus mainstay since 1976, back when MSUB was called Eastern Montana College. His curricula vitae highlights include earning his Ph.D. in 1966 from Harvard University, serving a Fulbright Grant in France and then a Social Science Research Council Research Training Fellowship, also in France, before returning to the United States to begin his teaching career at the University of Rochester in 1966.

At MSUB Friguglietti taught popular courses such as the “History of Creation to (President) Clinton,” and brought theatrical practices into the classroom when lecturing on Freud to get students, “into that period between sleep and being awake.”

“The history of the mind and dreaming goes back to the Bible,” Friguglietti said. “Like the story of Joseph.”

During his nearly 30 years in the classroom he taught “hundreds and hundreds of students.”

His decades of recollections of being on campus are punctuated by the sounds of a private trumpet lesson down the hall—just one of the perks of sharing a building with the music department.

In addition to having a vast academic knowledge of French history (having published three books on the matter in the late 60s and early 70s, two of which were written in the French language) and a plethora of additional academic articles spanning several decades, Friguglietti’s repertoire includes an uncanny ability to identify classical musical pieces within the first few measures.

When the first notes to Toreador’s Song, from “Carmen,” float down the hall, Friguglietti’s eyes close softly and his foot begins to tap to the upbeat rhythm.

“Oop, sharp there,” he says a few lines later.

Chuckling, he adds, “Classical music is one of my passions.”

I ask his instrument.

A colleague strides down the hall and asks Doc if he’ll be at the student recital later that week.

Like most campus functions, Friguglietti wouldn’t miss it for the world.