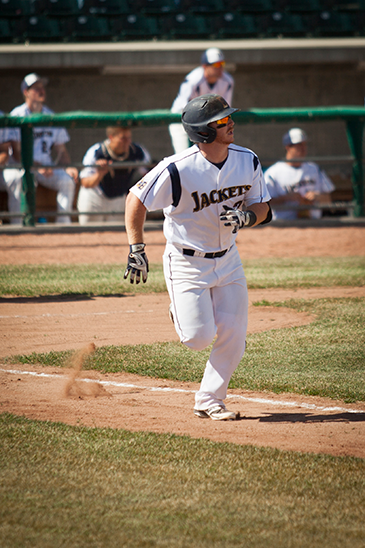 What got you started playing baseball?

“I started out playing tee-ball and I went on from there. I think I was six years old. I’ve played every year since then. It started out with my dad and I playing baseball in the house until my mom would get pretty mad at us.”

“We have Legion baseball in Montana—there’s no actual high school season. I made that team when I was 13 and played until I was a senior in high school. From just playing all over the state, Coach Rob Bishop got to watch me play, and I played fall baseball for Dan McKinney who was the assistant coach at the time. I had offers from just about every junior college in the Northwest region, but I decided that MSUB was really just the best fit for me.”

What position do you play in baseball?

“I started off as a catcher and then I hurt my thumb one day. I told my dad that I didn’t want to be a catcher anymore so he said that I needed to earn my spot somewhere else. I changed to shortstop for a long time, but once I got to high school I moved over to second base and it’s just fun because it’s is in the middle of the field and there’s a lot of action you’re involved with. Besides the pitcher and the catcher, you’re involved in just about everything else. To me, it’s the most enjoyable spot in the field. I also take a lot of pride in my hitting and I feel that I’m a pretty good hitter, ever since I was younger.”

How important is it to work as a team not only on but also off the field? 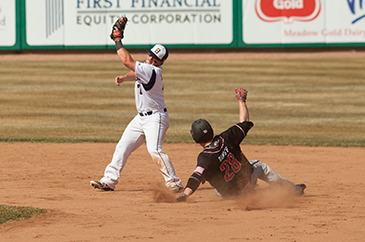 How did you become interested in studying criminal justice?

“My uncle was a cop and I’ve always been interested in that kind of stuff, but I want to work at a federal level like the U.S. Marshals Service. I just like helping people in whatever way that I can.”

How hard is it to be a full-time student and be on the road traveling for baseball?

“It’s pretty hard, but our teachers are really good about working with us, either getting our work done before we leave or right after, but it’s definitely a challenge.”

How does the rest of your season look?

“Good. We’re only one game out of first place, so if we take care of business this weekend against central Washington we can get there. We split with them the last time we played against them, but as long as we play the way we’ve been playing it’ll be pretty good. And we always play pretty well at home.”

Miller was recently named GNAC co-Player of the Week after three home runs against Saint Martin’s. Support the Yellowjackets Baseball team this weekend against Western Oregon University at Dehler Park.