Special disabled veteran means: (A) a veteran who is entitled to compensation (of who but for the receipt of military retired pay would be entitled to compensation) under laws administered by the Department of Veterans Affairs for a disability: (i) rated at 30 percent or more; or (ii) rated at 10 or 20 percent in the case of a veteran who has been determined under 38 U.S.C. 3106 to have a serious employment handicap; or (B) a person who was discharged or released from active duty because of a service-connected disability.

Newly separated veteran means any veteran who served on active duty in the U.S. military, ground, naval or air service during the one-year period beginning on the date of such veteran's discharge or release from active duty.

Please consult with your Human Resources office regarding the rights of employees who serve in the reserve military forces of the United States or National Guard. 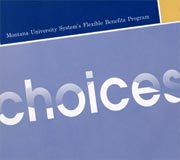